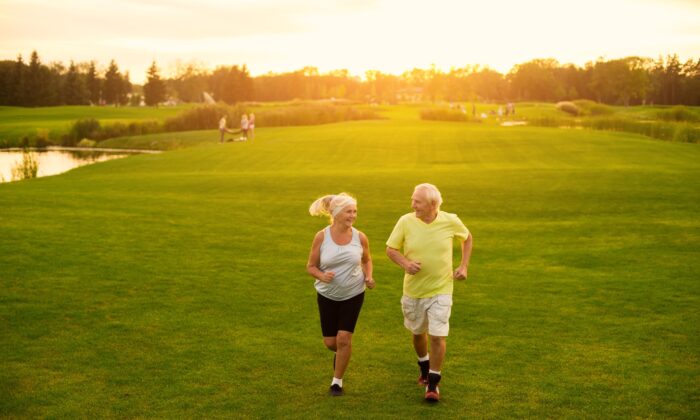 SAN DIEGO—Walking regularly and at greater intensity may help prevent Type 2 diabetes among 70- and 80-year-olds, according to a study led by the University of California–San Diego (UCSD) and released on Jan. 20 that measured steps and pace among these age groups.

The study, published in Thursday’s issue of Diabetes Care, found that the more steps a person takes, and the more intense, the lower their risk for developing diabetes.

“A key figure from our study is that for every 1,000 steps per day, our results showed a 6% lower diabetes risk in this population,” said first author Alexis C. Garduno, a third-year student in the UCSD and San Diego State University joint doctoral program in public health. “What that means is, if the average older adult were to take 2,000 more steps every day in addition to what they were already doing, they might expect a 12% reduction in diabetes risk.”

A team of researchers analyzed data from the Women’s Health Initiative—whose aim was characterizing physical activity and cardiovascular health in postmenopausal women.

For the study, a group of women 65 and older—who did not have a diabetes diagnosis and who lived independently—were asked to wear a research-grade accelerometer for 24 hours per day over the right hip for one week, a UCSD statement read. Their health was followed for up to seven years.

“We wanted to understand the extent to which stepping, or walking, is related to diabetes,” said John Bellettiere, assistant professor of epidemiology at the Herbert Wertheim School of Public Health and Human Longevity Science at UCSD. “And, is 10,000 steps a day really necessary for people to reduce their risk for diabetes?”

According to the university, the primary aim of the study was to assess associations between total steps taken per day and the development of diabetes. The secondary aim was to evaluate whether step intensity or cadence influenced diabetes risk.

According to the American Diabetes Association, 1.5 million people are diagnosed with diabetes every year.

“If we estimate that one third of that population are older adults, that’s 500,000 older individuals who are newly diagnosed with diabetes every year,” Bellettiere said. “If all of them increase their steps by 2,000 steps per day and our 12% estimate is proven to be casual, we would expect 60,000 people each year to not get diabetes due to that increase in steps.”

Additional trials are needed to determine the exact number of steps needed for risk reduction, the researchers said.

“It’s important, even if you have staved off diabetes, to keep with it and to incorporate regular stepping as part of your daily schedule and make it into a routine,” Garduno said. “It’s not enough for somebody to go on a walk once a week. Our study indicates that regular stepping is indicative of lower diabetes risk in older adults.”