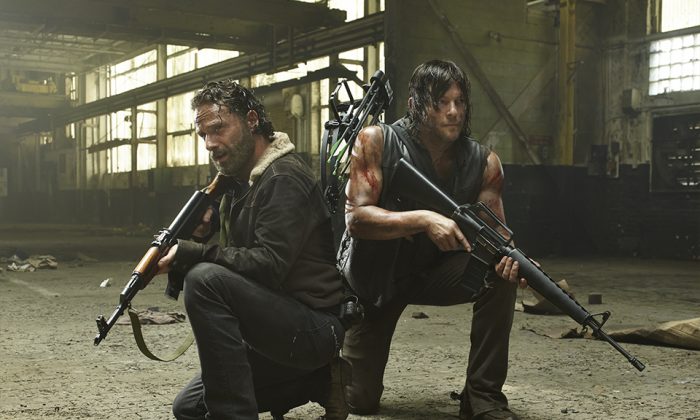 A longtime voice actor, best known for his work on “The Walking Dead,” died Saturday in a skydiving accident, reports say.

Randy Schell, who is behind the promos for the hugely popular AMC series, is a licensed and experienced skydiver, KHOU-TV reported. He collided with another jumper mid-air after they both deployed parachutes, leaving his parachute collapsed.

The accident occurred at Skydive Spaceland in Houston. Both Schell and another jumper had completed successful dives earlier in the day.

Schell has done voice work for hundreds of commercials and shows. He’s also lent his voice to Coca-Cola, 20th Century Fox, Geico, McDonald’s, Nike, and others, his website states.

“He had a golden voice, he knew what to do with it,” Schell’s agent, Jenny Bosby, said. “He was a constant professional. Everyone loved working with him. He was also a brilliant producer and engineer.”

Skydive Spaceland issued a statement on the death.

It read: “Both jumpers had made at least one successful skydive earlier that day, had hundreds or thousands of skydives each, and were jumping their own parachute systems. Both jumpers deployed their parachutes normally and collided afterward. They sustained injuries in the collision and/or on landing, and one did not survive. Weather was not a factor,” as reported by Deadline Hollywood.