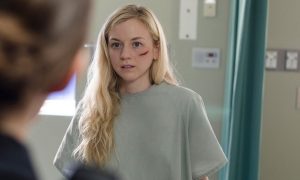 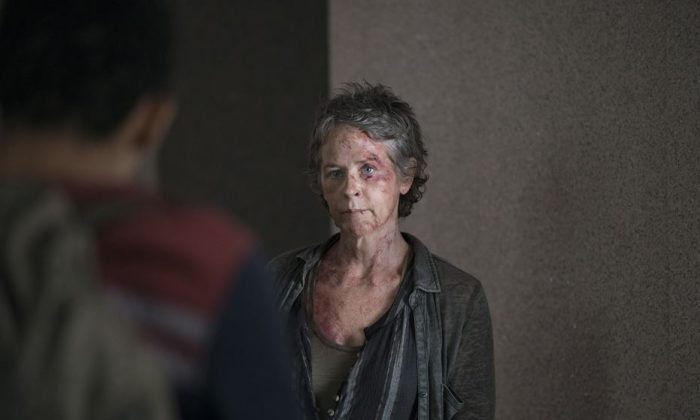 The Walking Dead season 5 is close to the midseason finale but there’s still a few more episodes to go. Episode 6 is next, and will air on Sunday night.

In the episode, titled “Consumed,” the journey of Daryl and Carol after they hop in the car to chase the other car with the white cross will be explored.

As the video preview revealed, they will at one point leave the car after arriving in Atlanta and go on foot to search for Beth and the people who abducted her.

Now new spoilers have come out giving details about the episode–including the identity of the body that’s seen burning in one of the promo videos.

That body is a walker, and it’s being burned for Carol, The Spoiling Dead Fans revealed.

The page also revealed that both Daryl and Carol encounter Noah, who then tells them about the group at the hospital and Beth.

But–as seen in episode 4–Carol ends up at the hospital, being brought in on a stretcher and unconscious. The big question about that has been: did she get brought in there on purpose? The spoilers say that she did not purposely get hit, and that she was “taken.”

Daryl and Carol at one point encounter police officer with the hospital in a scene that is different from the one in which she gets hit by a vehicle. Daryl does not capture any of the cops, though.

Another update on a previous spoiler: A big white van is going to topple off of a bridge in the city. The spoilers say that both Daryl and Carol are in the van when it drops.

Another detail is that there is no romantic interaction between Daryl and Carol–they’re focused on getting Beth back.

The rest of the insight has to do with the flashback scenes, from after Rick kicked Carol out of the prison. There’s very little insight in the flashbacks about how Carol survived after that crucial moment, but it does reveal that the reason she decided to go back and try to help the group was that she saw smoke.