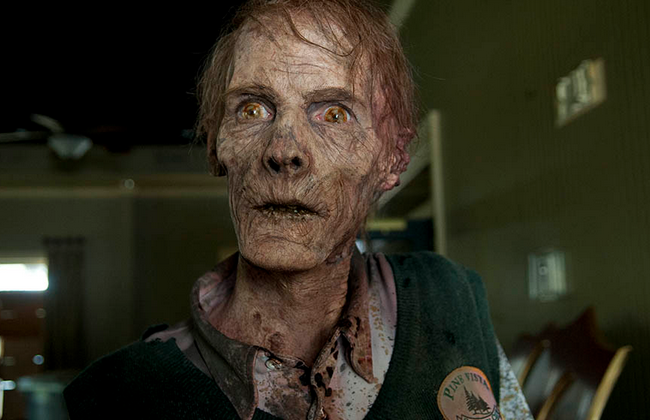 The Walking Dead spinoff–it’s not technically a spinoff, but it’s being referred to that way–is getting closer, with the script slated to be delivered soon.

Executive producer Gale Ann Hurd said recently that the script from Robert Kirkman and new writer Dave Erickson is expected to be delivered at “any moment.”

AMC announced the companion series in September 2013 and it’s expected to premiere in 2015, most likely starting after The Walking Dead season 5 is over.

She said that none of the characters will be from the comics, a huge departure from the main television series.

She also said that there’s chance the companion series might not follow the ensemble format The Walking Dead does. “Given that the world lends itself to having multiple characters, I don’t know that it’s going to be as large an ensemble,” Hurd said. “I’m sure that we’ll be following more than one [character].”

“I’m doing something with it almost every day,” he said. “It’s taking a while, but it’s not taking longer than anticipated.”

While the spinoff will not feature any of the familiar characters, showrunner Scott Gimple has said that he can’t promise a crossover but said that it would be “awesome” to see.

It’s unclear even where the spinoff will take place, but it will likely be in another part of the United States from the regular show, so a crossover is unlikely. It has been confirmed that the show will not be set in Georgia.

“It’s going to be set in this world, but it is a new cast and a new setting, and it’s going to be very different. It’s just exciting to be able to start over again and try to do cool stuff,” Kirkman previously told IGN.

“The opportunity to make a show that isn’t tethered by the events of the comic book, and is truly a blank page, has set my creativity racing,” he said in the original announcement.