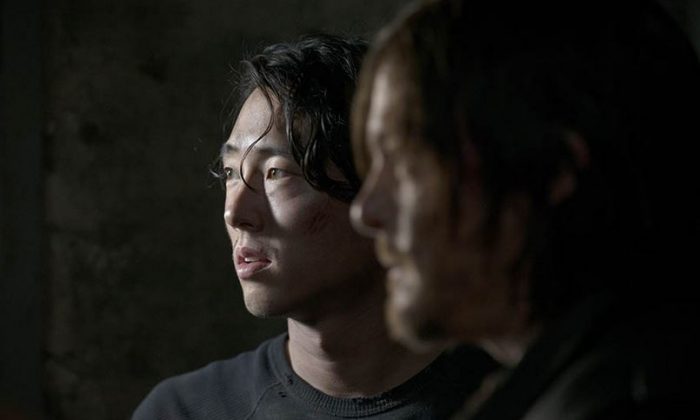 Walking Dead Season 5 Will Show the ‘Scale of the World’ in a New Way, Producer Says

The Walking Dead season 5 will be different from the other seasons in exploring the world as its become in the show in a new way.

So far most of the action has been in Atlanta and the region, with little insight into what’s happening with the rest of the world or even the United States.

Now an executive producer, Tom Luse, gives insight into the exploration that will be seen in season 5.

“I think our journey this season, especially at the beginning, is going to show the scale of the world that we’re living in in a way that we haven’t done before,” he said in an interview posted on AMC’s website.

“That is the most interesting thing. We’re showing many aspects of what has been going on for the last couple of years that we haven’t had an opportunity to show before.”

The trailer makes it look like the group finally heads to Washington D.C. after Gareth lets them go in order to accompany them to see if they can find a cure for the zombies.

Also, Beth is in a hospital somewhere. Some have speculated that the hospital is part of the Alexandria safe zone as seen in the comics.

Luse also said that he and others working on the show have a big job.

“I would say that it has become a 52-week-a-year job for us. Sometimes we prepare the new season before the previous season is over,” he said.

“As we’re traveling, we have to prepare new locations. Zombies do not provide lawn services or leaf blowers — and the goal is to have our world look as if the world has been shut down for a couple of years — so in a way, we’re making a period film. We have to keep that world fresh for our audience. In order to do that, we have to be planning ahead.”