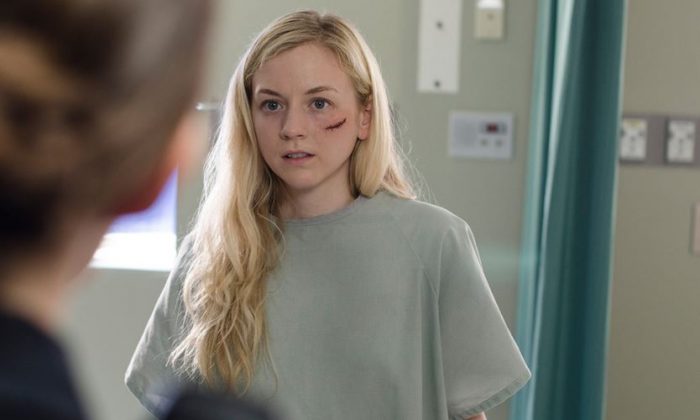 The rumors started when a Twitter user claimed that he squeezed some spoilers out of his cousin, who is a cameraman on the show.

“He correctly told me what happened to Bob before the season started so he is legit. He told me that Beth dies in the midseason finale and that Rick and co. find her as walker eating the person who is in charge of the hospital. “They are all devastated and Maggie is the one who puts her down,” the user said.

Now Spoiling Dead Fans have given some updates backing up the main claim that Beth dies, although it said that no one finds Beth as a walker.

Rick and his group will go to the hospital for Carol and Beth, with Noah.

“There is a ‘standoff’ of sorts. Beth has the choice to leave and has a moment of gumption (or weakness, depending on how you look at it) that leads to her demise. Beth ends up believing that the choice she makes is a necessity in the end. But Beth doesn’t envision things ending the way they do,” the page revealed.

“Beth’s death will be a harrowing moment not only for Beth, but for Daryl, Carol and the others as well.”

The description for episode 8, or the midseason finale, just came out, and indicates that “standoff.”

“New enemies disregard rules and morals; although Rick wants to find a peaceful agreement, the enemies seem to prefer a more violent resolution,” it says.

Among the evidence that Beth dies is that a source said there would be a death in the midseason finale, and that Scott Wilson (Herschel) was on the set, meaning Beth or Maggie likely died.

Meanwhile, a number of videos have come out for episode 5.

The bus that they left the church on breaks down, leaving some of the group wondering if they should go back to the church on foot and rejoin the others.

“Every direction is a question. And we will get through this because we have to. We don’t get back.”

“The mission hasn’t changed. We can’t go back,” he added.

Video footage shows Abraham at one point so weary that he drops to his knees on a road, with no one else in sight.

The group also comes across some walkers and engages in a battle.