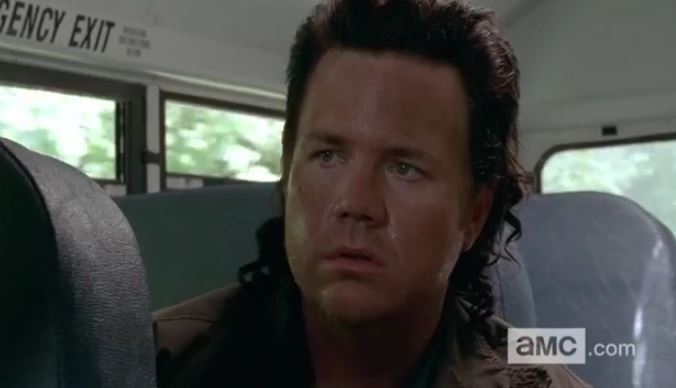 A sneak peek video for Walking Dead season 5, episode 5 has come out.

Episode 4 finally returned to Beth’s situation following her separation from Daryl in season 4. Beth helped a man escape from a crazy hospital where she has basically been taken prisoner.

Episode 5, titled “Self Help,” appears to focus on the breakaway group led by Abraham.

The group, which also consists of Eugene, Tara, Rosita, Maggie, and Glenn decided to break off from Rick, Carl, Michonne, Father Gabriel, Tyreese, and Sasha to try to make it to Washington, D.C.

The stated intention was that they would meet up on the way or at the final destination.

Eugene believes he can find a cure to the zombie problem in D.C.

Episode 5 looks to focus a lot on, and possibly wholly on, Abraham’s group.

They’re on the bus from the church but the scenes shown after episode 4 reveal that the bus breaks down or somehow becomes unusable, forcing them to continue on foot.

Some of them want to turn back but Abraham insists that they have to keep going and not “retreat.”