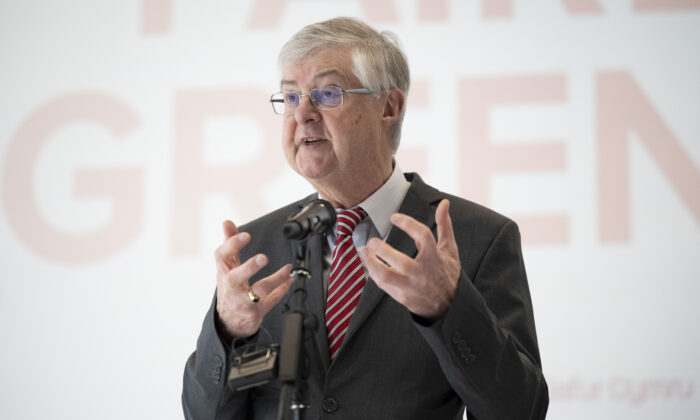 The new slower speed limits are currently being trialled in eight communities across Wales and will be rolled out nationally in September 2023, making it the first nation to impose it as the default on all restricted roads.

The Labour-run Welsh government led by Mark Drakeford announced on Tuesday that Parliament had passed a law (pdf) for a 20 mph speed limit that will come into force on all restricted roads.

However, the opposition Conservative Shadow Minister called it “yet another diktat imposed by Labour from Cardiff Bay.”

“Speed limits like this should be decided by councils in their local areas, not top-down by Labour ministers. Let’s give local people the power over their communities, the very people who know their roads best,” said shadow transport minister Natasha Ashgar MS to the Daily Mail.

Currently, just 2.5 percent of Welsh roads have a speed limit of 20 mph, but from next year this is expected to increase to approximately 35 percent.

The government says the new limits will reduce the risk and severity of injuries as a result of collisions between vehicles and vulnerable road users, encourage more people to cycle and walk, make Wales more attractive for communities and bring physical and mental health benefits.

Anyone caught speeding in England and Wales faces a minimum £100 fine and three penalty points. The government said that an  “Enforcement Strategy” has been agreed upon with the Police and Wales speed camera agency GoSafe.

Speaking after the vote, Minister for Climate Change, Julie James said she was “delighted that the move to 20 mph has received cross-party support across the Welsh Parliament today.”

“The evidence is clear, decreasing speeds not only reduces accidents and saves lives, but helps improve people’s quality of life, making our streets and communities a safer and more welcoming place for cyclists and pedestrians, whilst helping reduce our environmental impact,” she said.

“We know this move won’t be easy, it’s as much about changing hearts and minds as it is about enforcement, but over time 20 mph will become the norm, just like the restrictions we’ve introduced before on carrier bag charges and organ donation,” added James.

Ashgar MS added that “a blanket roll-out is quite frankly ludicrous” but that the Welsh Conservatives are not against introducing 20 mph speed limits “outside schools, playgrounds, places of worship, and high streets.”

“With a price tag of more than £32 million, is this really money well spent at a time when the Labour Government should be focused on tackling the big issues at hand such as the cost of living? I don’t think it is, and I am sure residents across the country will be thinking the exact same,” said Ashgar.

The SNP and Greens who run Scotland are expected to also pass a 20mph speed limit restrictions law by 2025.