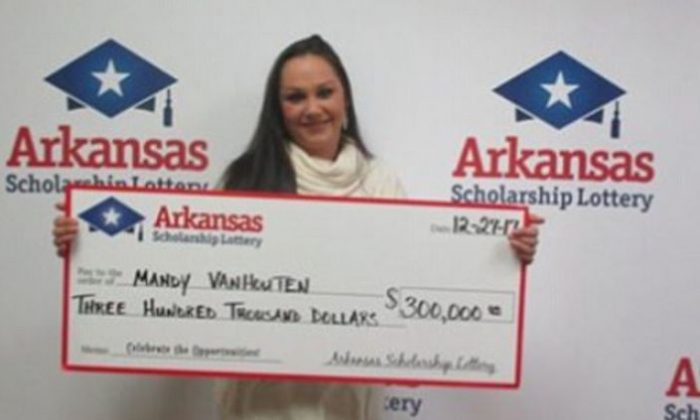 Waitress Claims Coworker Stole Her Half of $300,000 Lottery Winning

Update: Leslie Underwood filed a lawsuit at the Circuit Court of Pulaksi County earlier this month, and she requested the winnings be frozen until a judge can figure out the case, according to the Daily News.

A waitress is claiming that her co-worker at a burger restaurant ran off with a $300,000 lottery ticket that was intended to be split between the two.

Leslie Underwood and Mandy Vanhouten, who both work at Sportsmans Drive-In in Arkansas, were given tickets by their boss, who is named Lucky.

“It was kind of like somebody died for somebody to tell you that they don’t think you deserve it and their decision has been made,” said Underwood.

“She handed me five and she had five,” Underwood said of Vanhouten, according to Arkansas Matters. The two scratched off their pile together at the bar, she said.

“We talked about how life changing it would be and what we were going to do with this money,” Underwood said of winning the lottery. “She even talked about giving back since it was such a blessing.”

She and Underwood were going to claim the winnings by New Year’s Day. But then her co-worker allegedly ran off with it.

“I helped her get the job, put in a good word, stuck my neck out for her, let her stay with me so she didn’t have to drive back and forth,” Underwood said. “I think that’s what hurt me the most is as much as I’ve done, she could have done right for once.”

Vanhouten said that she plans to use the prize “to make her life easier,” according to Arkansas Online.

In October, a Canadian couple reportedly agreed to share their earnings if they ever won the lottery.

“Together we dreamed about winning the lotto,” Denise Robertson said. “We both love muscle cars, we would each buy one and buy a large property in the country and build a large shop to work on our cars.”

Her ex-boyfriend Maurice Thibeault and she lived together for nearly three years and they purchased lottery tickets for “almost their entire relationship.”

Thiebeault then told her that a Lotto 6/49 ticket was not a winner before he moved out of their home. Later, Thiebeault attempted to claim a $6.1 million winning ticket from Sept. 20, about five days after he moved out, CTV reported.