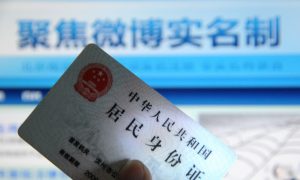 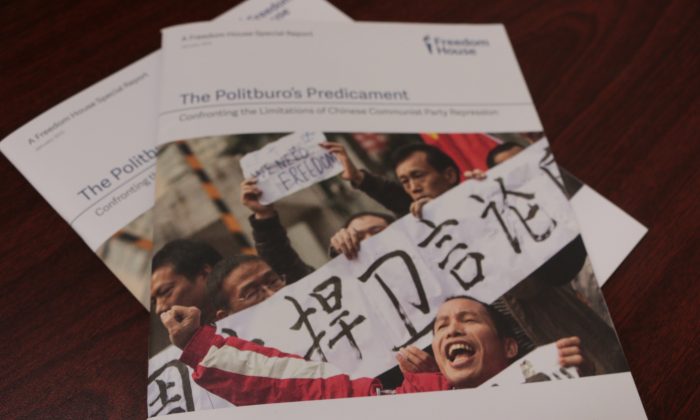 Waiting for the ‘Backlash’ in China

In a recent radio interview, the French Interior Minister Bernard Cazeneuve explained why the country’s anti-terrorism forces were unable to catch the recent Charlie Hebdo attackers, despite their once being under surveillance: with thousands of suspects in France, it’s simply not possible to assign eight or ten agents each to monitor them.

But when it comes to the thought police in China, “that’s not too much for the Chinese government,” said Prof. Andrew Nathan, of Columbia University, speaking recently at Fordham University in New York City. “They can put 8-10 cops on many, many more than 5,000 people, and other people in society don’t even know it.”

“As the Communist Party has to ramp up repression more and use blunter tactics, it starts to chip away at the means they’ve used to maintain their legitimacy.”
— Sarah Cook, China researcher

The remark was conveyed at an event discussing a recent report by Sarah Cook, a researcher at Freedom House, which provides an exhaustive account of the policy shifts, and continuities, of the Chinese Communist Party’s coercive apparatus over the last several years.

Jerome A. Cohen, a professor of law at New York University and a veteran of the China human rights scene, remarked of Cook’s report that “I was surprised happily when I read this, because it demonstrates a comprehensive understanding of what’s taking place in China in recent years.”

The document also suggests that the kind of brute force policies the Party feels it has been forced to adopt, in the face of emerging crises of governance, may have the effect of engendering more resistance from a broader base of the population.

“The overall increase in repression is driven by a deep sense of insecurity and an explicit assessment that the party is losing the loyalty of the public and some of its own members,” Cook writes.

Among the most heavily censored information? “News related to public health and safety.”

“Leadership actions are reinforcing a vicious cycle,” Cook said at the Fordham event. And among those increasingly dissatisfied with the status quo are the Party’s own rank and file.

There was the anonymous, retired in-house censor at the popular liberal newspaper Southern Weekly, who declared in a widely popular Internet post: “Looking back on the last four years, I made mistakes. I have killed some drafts that I shouldn’t have killed, I have deleted some content that I shouldn’t have deleted, but in the end I woke up. I would rather not carry out my political mission than go against my conscience. I don’t want to be a sinner against history.”

One of the Party’s most brutal and peculiar campaigns of repression—the persecution of the Falun Gong spiritual discipline—had been continuous across three leaders and over 15 years. Yet, while it is still a policy on the books, many local officials simply fail to enforce the persecution in large part because of grassroots resistance.

“It feels like the central policy has remained the same, always wanting to repress. But because Falun Gong practitioners have talked to local officials, some of them have changed their attitude and realize that Falun Gong members are not that threatening, so they won’t arrest them,” the report quotes a rights lawyer in China as saying. “Orders for arrests continue to come down from high-level authorities, but sometimes the [local] Public Security Bureau agents will say no, [we won’t arrest them,] they are only exercising to be healthy.”

Thus, the more the regime strikes out against otherwise harmless groups and individuals, the wider the constituency of passive resisters, or outright opponents to the repression.

“No authoritarian regime can rely on repression alone,” Cook said at a discussion in Washington, D.C. on Jan. 13. “There are other tools they need. But as the Communist Party has to ramp up repression more and use blunter tactics, it starts to chip away at the means they’ve used to maintain their legitimacy.”

She concluded: “So you have this civil society backlash and the disillusionment people feel as this apparatus grows and grows, and more people encounter it.”

This is one of the central dilemmas of the Party’s security and information-control state.

“There’s always going to be the time in life of a person where they don’t want to be pushed around anymore… human beings are troublesome in that way.”
— Prof. Andrew Nathan, Columbia University

The great unknown is whether the system can maintain a certain homeostasis, or whether it’s already on an unsustainable path.

“Repression produces resistance,” said Prof. Nathan. “People resent it… they might heed wiser counsel and not try to get into trouble, but there’s always going to be the time in life of a person where they don’t want to be pushed around anymore… human beings are troublesome in that way.”

Nathan added: “People are afraid to resist until they’re no longer afraid to resist. And we don’t know why that switchover happens. But it happened in Tiananmen in 1989, and suddenly and unexpectedly in East Germany.”

Yang Jianli, a prominent democracy activist, in an interview after the forum in Washington, called this a state of “dynamic calculation”—and it holds as much for the broader public as for large numbers of officials in the system. The term means that actors can rapidly change their evaluation of their interests as the broader political and social environment changes.

“When they see hope, their calculation changes. We’ve been longing for democracy for centuries—most people won’t be the driving force, they’ll wait,” Yang said. “But when there’s change, they’ll all jump on it quickly.”

With reporting by Tianna Ren.