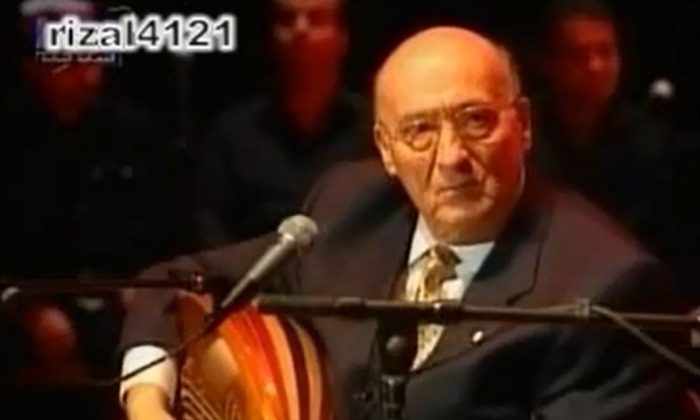 Wadih El Safi, a Lebanese classical singer and actor, died on Friday, according to reports. He was 91.

El Safi, whose name was sometimes spelt Wadee al-Safi, started singing at the age of 17.

As a classically trained tenor, it is believed the El Safi wrote more than 3,000 songs. He studied at the Beirut National Conservatory of Music, and he sung in several languages, including Arabic, Syriac, French, Portuguese and Italian.

“RIP wadih el safi you will stay in our heart 🙁 ,” wrote one user.

Another added: “Wadih El Safi! May his beautiful soul rest in peace.”

Correction: This report previously said he started singing in the late 1940s when it was the late 1930s. The Epoch Times regrets this error.