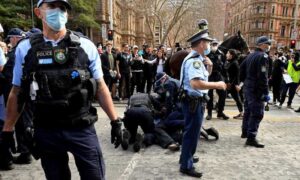 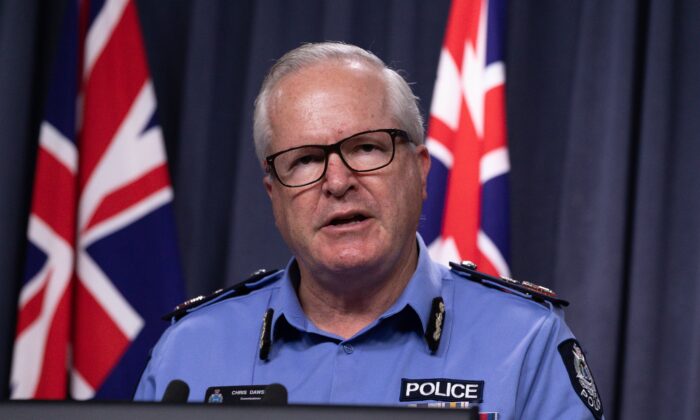 The Western Australia (WA) government has elected its police commissioner as its new “vaccine commander” in a bid to bolster the state’s vaccine rollout.

WA Police Commissioner Chris Dawson, who is also currently serving as the state’s emergency coordinator, will oversee the rollout and is tasked with maximising the number of West Australians willing to get the COVID-19 vaccine.

In particular, the vaccine commander’s role will involve communicating with non-government sectors to “ensure specific hesitant groups are supported to take up the vaccine.”

Currently, 28.5 percent of over 16’s in WA have been fully vaccinated—the lowest out of any state, closely followed by Queensland at 28.9 percent.

“The Police Commissioner has done a tremendous job throughout the pandemic,” McGowan said in a media release. “I have full confidence he will continue to excel and deliver on this important task ahead, as both the State Emergency Coordinator and Vaccine Commander.”

“As WA’s top cop, Commissioner Dawson has shone through this pandemic, and it’s fitting he will lead WA’s COVID-19 Vaccine Program,” Papalia added.

“During the pandemic, our police officers have played a significant role in keeping the State safe, be it through day-to-day policing, effectively bolstering our borders or targeted special operations to catch criminals and syndicates bucking the law,” Papalia said.

Dawson’s placement mirrors that of Lieutenant General John James Frewen, a senior officer in the Australian Army who was elected as Coordinator of the National COVID Vaccine Taskforce in June.

It also comes as Australia has upped its street presence of police and military forces in an attempt to restrict anti-lockdown protests that have broken out across the nation.

This includes thousands of Australians in Sydney and Melbourne who came out to protest last month as part of the “World Wide Rally for Freedom.”

In Victoria, police are considering shutting down Melbourne’s public transport system to crack down on future protests.

Dawson defended the access, saying that it was done within the bounds of the law.

An audit (pdf) into SafeWA later revealed that police ordered WA Health to provide check-in data on six occasions, of which only three were granted before the state passed legislation prohibiting its use for purposes other than contact tracing.