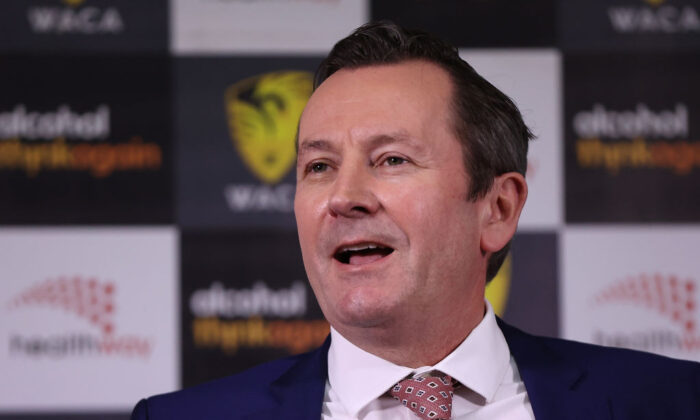 Despite repeatedly claiming it was “not on the agenda“ during the last state election campaign, the McGowan government has steamrolled through the parliament electoral reform that will effectively disenfranchise regional voters in Western Australia (WA).

Up until now, each Legislative Council (upper house) region in WA, both city and regional, had six representatives.

This means that regional WA, even though it is more sparsely populated, has a “weighted” representation in the upper house.

Hence, vote reform in this regard is known as “one vote, one value,” and has been a battle-cry of the state Australian Labor Party (ALP) for over a century, to the extent of pursuing several failed High Court challenges.

As noted by Caroline Di Russo in a recent piece in The Spectator Australia, such an attitude is counter-intuitive since the Australian Constitution enshrines a minimum level of representation for each of our states in the Senate.

WA has 12 senators—the same as New South Wales and Victoria—despite a significantly lower population, yet the ALP makes no argument to reduce WA’s Senate representation.

The reasons for the over-representation in the WA upper house are clear and justifiable, as Di Russo explained.

The tyranny of distance is one of those things: the size of regional WA means it’s difficult to travel around to the various towns to engage with the community.

Additionally, many regional areas have acute social and economic issues—substance abuse and suicide are rife in many parts. Regional WA is also home to most of WA’s indigenous communities which have their own special needs.

Put simply, these vulnerable communities and social issues, together with limited services, means it’s imperative regional people are properly heard and helped by the politicians elected to serve them.

Finally, mining and agriculture are major contributors to our state’s wealth; it’s a lot of output produced by relatively few people.

The importance of those industries to our state, and particularly to otherwise isolated communities, means there should be an increased focus from our political class.

As Di Russo put it, in the remote town she grew up in.

“The police rarely come to town, the doctor only comes on Thursday and kids still go to boarding school to complete their education,” Russo said. “Such is the story of regional Australia. The city is far away, infrastructure is minimal, services are limited and our representative voices, particularly in the upper house, are invaluable.”

During the election campaign, when questioned if the ALP would pursue “one vote, one value” if re-elected, Premier Mark McGowan’s response was that ”enhanced regional representation would continue and this is just another smokescreen from the Liberals and Nationals.”

Yet no longer had the new parliament been sworn in that McGowan backflipped on this statement and “electoral reform” was placed high up on his agenda, no doubt wanting to take full advantage of the extraordinary majority WA voters had foolishly given him at the March state election.

The pretext for this electoral reform U-turn was the election of a Daylight Saving Party member with fewer than 100 votes.

WA Attorney-General, John Quigley, said at the time: “It wasn’t on our agenda right through our election campaign and then we had the election, and some results were an absolute affront to so many Western Australians.

“The Daylight Saving Party, which won a seat in the Legislative Council, their candidate got 98 votes or 0.2 per cent of the electorate.”

“It is anomalous,” he said.

Reform to deal with vote harvesting by minor parties is one thing. Indeed, the Australian Senate and most state upper houses reformed their voting system years ago to address this issue and WA was long overdue to do the same.

But to use vote harvesting as a Trojan horse to institute “one vote, one value” reform is objectionable. That is, the real question is “how” our upper house representatives are elected, not “how many.”

The changes will come into effect after the Electoral Legislation Amendment (Electoral Equality) Bill 2021 passed the Legislative Council overnight.

Rather than Upper House MPs being chosen from six regions of varying size, the whole state will serve as a single electorate with 37 members elected under a “one-vote, one-value” system.

The effect of this will be devastating for regional communities.

As Liberal MLC for the South-west region, Steve Thomas said: “The standard of your highways, your schools and your hospitals are dependent on the level of your representation and slashing that representation will inevitably impact badly on regional communities.”

But what else would we expect from a government that has form on silencing dissenting voices?

For example, back in July, McGowan had to reverse his policy of banning organisations (in this case the Australian Christian Lobby) that “do not agree with the views of the WA Government” from hiring theatres operated by the Perth Theatre Trust.

It later emerged that an Uyghur organisation had also been prevented from hosting events at Perth theatres pursuant to the same policy.

In short this electoral reform is nothing more than a power grab from a government drunk on power.

Rocco Loiacono
Follow
Rocco Loiacono is a Senior Lecturer at Curtin University Law School in Perth, Australia, and is a translator from Italian to English. His work on translation, linguistics, and law have been widely published in peer-reviewed journals.