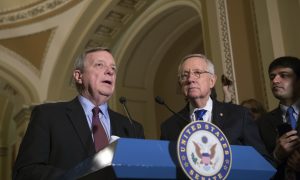 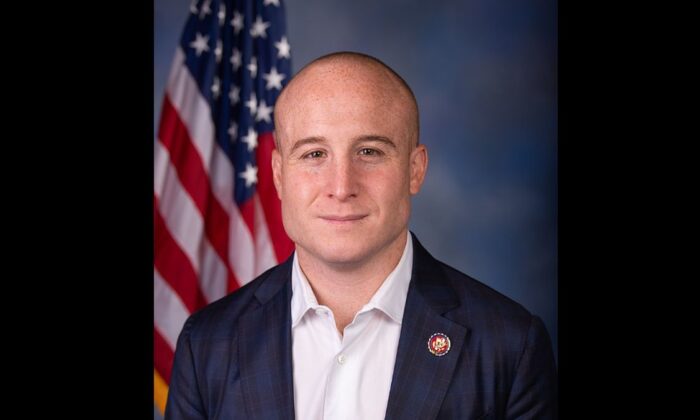 Rep. Max Rose (D-N.Y.), who represents a district Trump carried in the 2016 election, said Friday that he will vote in favor of the articles of impeachment against President Donald Trump. (US House of Representatives)
2020 Election

Rep. Max Rose (D-N.Y.), who represents a district Trump carried in the 2016 election, said Friday that he will vote in favor of the articles of impeachment against President Donald Trump.

“A President coercing a foreign government into targeting American citizens is not just another example of scorched earth politics, it serves as an invitation to the enemies of the United States to come after any citizen, so long as they disagree with the President. Embarking on an unprecedented effort to obstruct this inquiry doesn’t make the facts any less true,” Rose said in a statement after the House Judiciary Committee approved articles of impeachment in a party-line vote.

“Therefore,” he added, “I will vote in support of the two Articles of Impeachment.”

Up until that point, Rose, who is an Army veteran who served in Afghanistan, didn’t indicate how he would vote on the measure. Rose also didn’t partake in the impeachment hearings and wasn’t involved in the drafting of the articles as he does not serve on the committees that carried out the process.

“Party and politics will never come before the country I bled to protect—and would unquestionably do so again,” he added.

Next week, the full House is expected to vote on articles of impeachment, and Democrats are alleging Trump abused his power and obstructed Congress.

Trump and Ukraine’s leaders have denied the allegations.

There are dozens of “battleground” districts in the House, and 31 Democrats represent districts where Trump also won in 2016. Some moderate Democrats who represent those districts were among the last in their party to endorse an impeachment inquiry and have been bombarded recently by Republican attack ads.

But in the face of solid Republican opposition, Democrats will need 216 votes to approve the articles, meaning they can lose about 17 or 18 Democrats if everyone is present and voting. One independent, Rep. Justin Amash (I-Mich.), has told CNN he will vote for impeachment.

“After reviewing all of the evidence and witness testimony in this investigation, I believe that President Trump abused his power and obstructed Congress, and I will vote for both articles of impeachment,” Lamb said on Thursday.

Like Rose, Lamb began serving in the House in January after touting himself as a moderate Democrat and touted his military service.