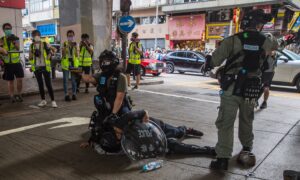 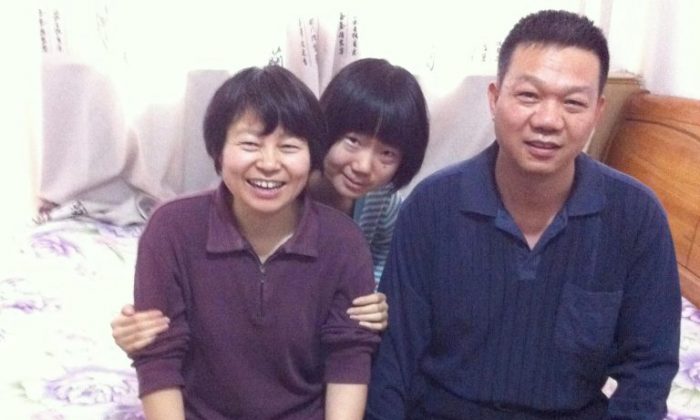 An executive of a Chinese real-estate company, who is also a Falun Gong practitioner, was arrested and detained in China on Sept. 19 because of his faith, according to Minghui.org, a U.S.-based website that serves as a clearinghouse on the persecution of Falun Gong in China.

The family of Fu Xinge, 50, vice president of the Zhongjiaxin Real Estate Development Co., learned about the arrest on Sept. 24, days after he went missing. His daughter, Eva, who lives in the United States, is worried and hopes the U.S. government can help.

Fu’s wife and daughter noticed his disappearance when he stopped taking their calls–unusual because it was their only way of communicating with him. While Fu lives in Shijiazhuang, capital of China’s Hebei Province, his wife and daughter, who are also Falun Gong practitioners, moved to the Seattle area in 2013. Eva Fu came to the United States as a college student, and she and her mother have applied for asylum.

On Sept. 24, Eva and her mother found a notice posted on Minghui.org on Sept. 19 about the arrest. The following day, a second notice from Minghui.org reported that Fu and other detainees were being held in a secret base in Luquan County, Hebei Province.

A third notice posted on Sept. 26 from Minghui.org said that officers from the Ministry of State Security, together with local police, arrested Fu along with two other Falun Gong practitioners–Guo Xueping, the CEO of the same company that Fu works for, and Duan Haibo, CEO of Jinchao Construction LLC– at their workplaces in Shijiazhuang. The police confiscated a printer, computers, and Falun Gong books during the arrest.

According to Eva, her father suspected that he was being monitored by police before he was arrested. He told his family that over the summer, police came knocking on his door. He also believed that his phone was being tapped.

Eva and her mother also were victims of the persecution against Falun Gong when they lived in China. She told Friends of Falun Gong—a U.S.-based nonprofit organization that supports the freedom of belief of Falun Gong practitioners worldwide—about her experience of being monitored by authorities.

“One time, my mom had a box in the front basket of her bike, and that man kept following my mom for quite a while to ask what was in the box,” she recalls. “He was assigned to follow us.”

Given past documented cases of imprisoned Falun Gong practitioners being tortured, brainwashed, and blood tested—for their potential use as unwilling organ “donors”—Fu and the other detainees may face a dangerous fate.

“What happened to my father could happen to anyone, anytime, in China, and so many more practitioners are in this situation,” Eva told Friends of Falun Gong.

“On Minghui, there are so many accounts of persecution coming in every day. I hope the U.S. government can do something to stop this persecution and urge the Chinese government to stop the atrocities.

“Freedom of speech and freedom of belief are born to everyone on this earth and shouldn’t be taken away from anyone. Since Americans value this, it’s time to stand up and stand by these individuals and bring their rights back to them.”

She told The Epoch Times that she’s speaking with members of Congress to raise awareness about her father’s case and to ask for their help.

Minghui.org is dedicated to reporting about the Falun Gong community worldwide. A major part of Minghui’s work is to track the disappearances and deaths of Falun Gong practitioners in China.

There have been several U.S. House resolutions condemning the Chinese regime’s persecution of Falun Gong. The most recent, House Resolution 343, addresses the state-sanctioned harvesting of organs from living Falun Gong practitioners in Chinese custody.

Editor’s Note: Eva Fu is a former intern for the English language edition of The Epoch Times.