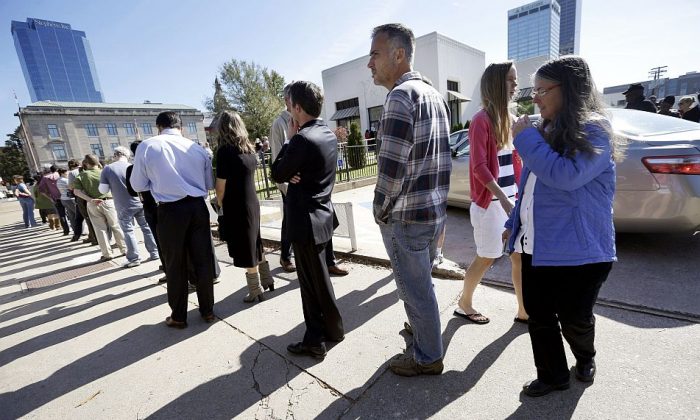 Voting is Serving Your Country

If you watch “House of Cards,” you might think the White House is inhabited by people who make Macbeth and his lady look like a Boy Scout and an American Girl doll. If you watch “Veep” you might think all politicians are foul-mouthed, egotistical buffoons who do not know when they have a bad haircut. If you watched “Boss,” about an utterly ruthless and amoral Chicago mayor, you might despair over the possibility of good governance anywhere, ever.

If you read the emails from the two main parties you might think the future of our country depends on you chipping in $3, friend, to prevent the villains from winning.

But whether villains or heroes win, or just regular Joes and Janes, we are still a shining city on a hill.

We still get to vote, and to vote secretly, and to vote for whatever person has persevered to get into politics.

In my home state of Georgia, two polished, mainstream candidates are running, backed by varying (fat) amounts of outside money. But right there on the stage with them, at debates, is a Libertarian who is clearly just in it because the issues matter to her. She won’t win. Some call her a spoiler. She is not very smooth. She is a citizen who wanted to make a statement, and she was free to do it.

Across the world, in Hong Kong, how many of those students would treasure the chance to run for office without some filtering committee? To vote for a candidate who rose from the grass roots?

Are there ladies in Saudi Arabia who would like to stand up at the local press club and say what they think about taxes and education?

If every group in Iraq had been able to mount candidates and send them to parliament, how different might things be for people in that country?

Some of our ancestors risked everything to cast off British colonial rule. Had the revolution failed, they would have been tried for treason. Later, other of our ancestors faced dogs and fire hoses to register to vote in Mississippi and Alabama. Some of our ancestors left comfort and culture and familiarity behind to come here and conduct new lives in a new language.

Don’t take it lightly. Honor your ancestors. Vote. If you already have, then thank you for your service. I mean it.