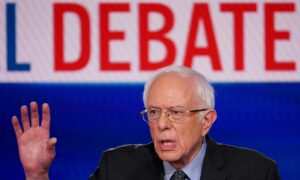 Sanders Fails to Inspire in Debate With Biden
0 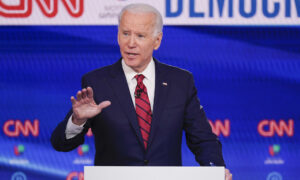 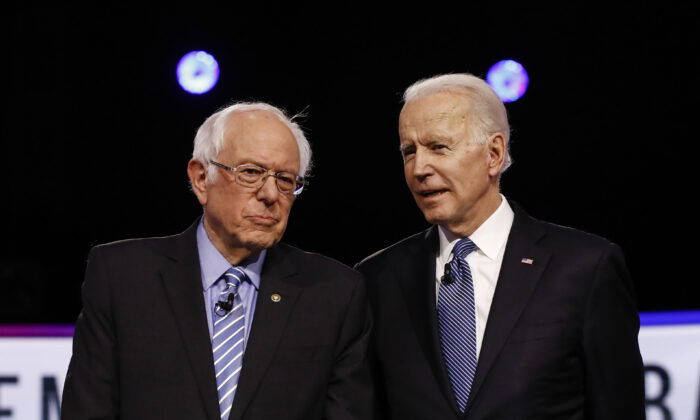 If Bernie Sanders were amassing a nearly insurmountable lead in the delegate counts, I have little doubt that he would be saying to Joe Biden: “Democrats have spoken. Time to drop out and help the team.”

But doing what he expects of others is not Bernie’s way. As in the past, he can stay in, waving the implied threat that not adopting his program might cause his base to stay home in November. The impolite word is “extortion,” which Sanders launders with baloney claims that he is, somehow, actually winning.

My favorite is “We are winning the generational debate.” Sanders said this right after Joe Biden crushed him in Super Tuesday II. Sanders had just lost his working-class firewall of Michigan, plus Missouri, Mississippi, Idaho and even Sanders-friendly Washington. (He won only North Dakota.)

By “generational debate,” Sanders meant he was prevailing among younger voters, which is true. But he is apparently not doing well among young nonvoters, who, contrary to the campaign’s claims, are not showing up in vast numbers to support him.

Camp Bernie fantasizes that young people’s votes count more than old people’s votes. For demographic reasons, Sanders was expected to lose Florida and Arizona. But Biden bested him by nearly 40(!) percentage points in Florida—and at a time when the coronavirus is scaring a lot of elderly voters away from the polls.

The Sanders campaign continually boasts that it is winning the small-donations race. “We’re especially proud that of the more than 2 million donations we received this month, over 1.4 million were from voters in states that vote on Super Tuesday,” Faiz Shakir, Sanders’ campaign manager, said at the start of March.

Sanders’ ability to raise large sums in small quantities is genuinely impressive. And it follows that the Vermonter would not be beholden to big-money interests. But dollars are not votes. Votes are something Americans cast free of charge—and not by writing checks, whatever the size. Votes determine the winner.

Two days later, Super Tuesday happened. After greatly outspending Biden, Sanders lost 10 of the 14 states including Texas and Virginia. He did grab the biggest prize, California, though by fewer than 7 percentage points. Vermont’s neighbors, Massachusetts and Maine, went for Biden.

After losing badly on Super Tuesday II, Sanders vowed not to end his campaign. He explained, “Poll after poll, including exit polls, show that a strong majority of the American people support our progressive agenda.”

It’s a cliche but true that the only poll that matters is the one on Election Day. But it’s not hard to “win” a poll if you word it in your favor. Sanders often cites the polls finding that most Americans like the idea of his “Medicare for All.” Other polls, however, show that even more Americans object to losing their private coverage, which his proposal would ban. How do you explain that discrepancy? Marketing.

What Sanders calls Medicare for All is not Medicare. It’s a Canadian-style single-payer system. However one feels about the Canadian system, the fact remains that Canada forbids people from buying private coverage for services included in the government plan. Medicare is a mixed-payer program combining government insurance with a good deal of regulated private coverage.

To we who have followed the health care battles over the years, Biden’s proposals to expand government’s role is plenty progressive. But if you buy into Sanders’ contention that the coronavirus pandemic will drive people toward his more radical ideas, you have to ask yourself: Why does Sanders lose by progressively bigger margins as this virus rampages?

It’s those darn voters. They get in the way every time.