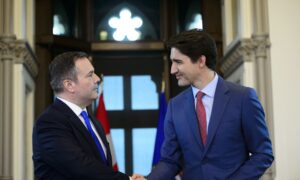 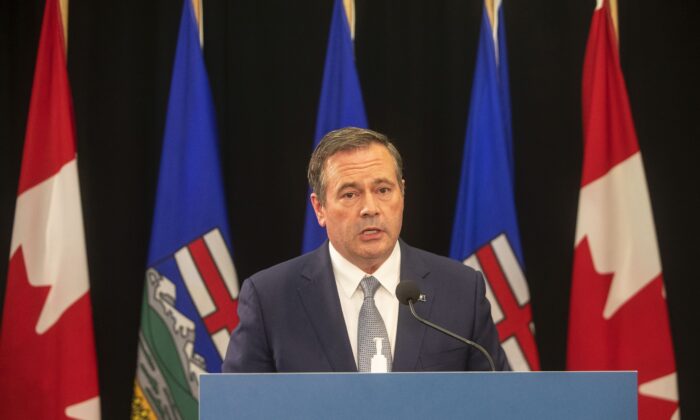 Vote in Alberta’s Upcoming Equalization Referendum Could Be Impacted by Other Factors, Observers Say

If Albertans vote overwhelmingly in an upcoming referendum to repeal equalization, it would help Premier Jason Kenney to lobby Ottawa for changes, advocates say, although concerns linger that other factors not directly related to the referendum itself may impact how people vote.

When Albertans vote in municipal elections on Oct. 18, they will be asked, “Should section 36(2) of the Constitution Act, 1982—Parliament and the government of Canada’s commitment to the principle of making equalization payments—be removed from the constitution?”

The Fair Deal Panel commissioned by Kenney said Alberta made a net contribution of nearly $240 billion to the rest of Canada between 2007 and 2018, while net payments since 1961 amounted to $661 billion. Panellists heard “an overwhelmingly negative reaction to equalization” and recommended the referendum to spur Ottawa and the provinces to discuss changes.

Marco Navarro-Génie, president and CEO of the Haultain Research Institute, told The Epoch Times that it’s important for Albertans to show “solidarity with the spirit of what is being tried here,” but he fears that this won’t happen.

“There seems to be some apathy, partly because there is electoral fatigue, if we look at the last election. And also in part because this is being in some ways regarded as an issue close to the premier’s side, and people are not very willing to give the premier what he wants these days,” Navarro-Génie said.

“The stronger factions on the autonomy file are going to point fingers at the premier and say, ‘There you go. He has achieved nothing and he has managed to weaken the province.’ And he will be vulnerable there as well from the right and from the left.”

“It’s actually a battle here. I think there’s a lot of people who would lean to vote no in this referendum for reasons that are not related to equalization,” Lacey said.

“What we’ve been going out and telling everybody is, ‘Look, this is your big chance to stand up for Alberta. And if we let this opportunity slip by, it’ll set back our federal-provincial relations for decades.’”

The Fair Deal Panel was launched amid a wave of Western alienation late in 2019 as the Trudeau Liberals were re-elected with little help from Alberta voters. Lacey believes the recent sequel is significant.

“The election of Justin Trudeau just signalled to Albertans that the rest of Canada does not understand the grievances, and that there’s a significant policy difference between the perspective of Albertans and the rest of the country. As a result, it makes the referendum even more important to the average Albertan,” he said.

“The current equalization formula is up in 2024. So almost immediately after the referendum vote happens, negotiation will begin on equalization and it’ll strengthen Kenney’s hand.”

The panel also recommended that the province examine a provincial police force and opt out of the Canada Pension Plan for a provincial alternative.

Public opinion polls conducted by the Fair Deal Panel showed that 57 percent of Albertans believed the province was treated unfairly in Confederation, 74 percent believed “Alberta should take action to get a better deal in Canada,” and 79 percent believed “a different equalization formula” would “help Alberta improve its place in the federation.”

Ted Morton, a retired academic and former Progressive Conservative cabinet minister in Alberta, believes Kenney and his United Conservative government should put in extra effort to ensure a majority in the referendum.

“It’s time for Kenney [and] for the whole UCP to work very hard in the next few weeks to make sure they get a clear majority on October 18 and then double down on the fair deal,” Morton said in an interview.