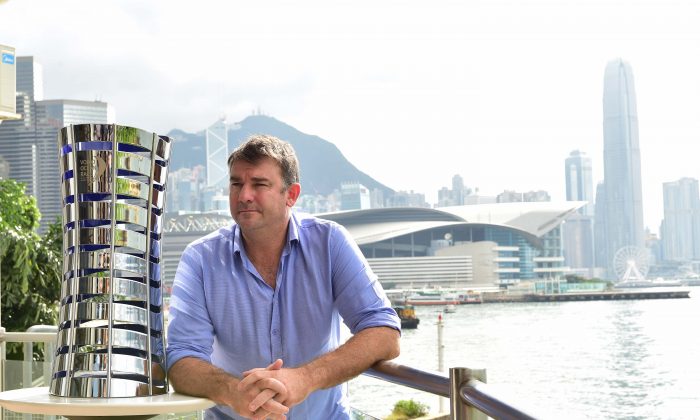 The next yacht race of global interest after the America’s Cup, the Volvo World Ocean Race is now in its final preparation stage. This race which takes place every 3 years will comprise 9 legs and extend over 45,000 Nm. The initial leg from Alicante to Lisbon (an in-port leg) is on Oct 22, with the 1st leg of the main race starting on Nov 5.

Details of six of the competing teams have already been released, but we understand from a person close to the organisers that a 7th team is close to signing and they are working to get an 8 team.

The race is expected to finish in The Hague towards the end of June 2018. There will also be a series of “In-Port” races that will be scored separately and used as a tiebreaker should teams finish the main race on equal points – as happened in the last race in 2014-15

David Witt skipper of the Sun Hun Kai, Hong Kong entry said at a meeting at the RHKYC last Friday that he was happy to race under single design conditions “we have spent a decade trying to beat a boat and we have not managed to achieve it ….., they have always been faster, better equipped and have always had a bigger budget, so we have always been in a battle trying to catch up, trying to do something different to bridge the gap. So we are quite excited that we can step on the start line and know it is a completely even event.”

When asked which team he thought is going to provide the biggest competition he said “I think Mapfre is the team to beat …..I would not be surprised if they don’t come out of the box flying. Although, Dongfeng came 3rd last time and will be hoping to better that performance.

As far as the most difficult parts of the course, Witt says “Everybody talks about the southern ocean ….. but for our team that is actually the place where I think we will have an advantage,.

He tags the 4 crossings of the equator to be the most difficult for them.

“If you have sailed enough across the equator you will know to expect the unexpected more than in the southern ocean.

“If you can get is right 2 times out of 4 you are probably going to be ok. If you get it right once in 4 times you are going to be last in the race.

“So I think the 4 equator crossings are going to be the most mentally enduring and tactical of the race”.