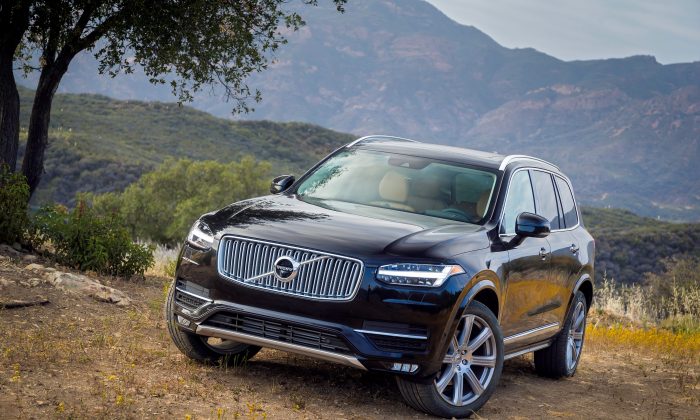 For many consumers, Volvo is an automotive brand that for almost 90 years has been synonymous with well-engineered vehicles designed, first and foremost, with the safety of the driver and any passengers in mind. Times—however have changed. While engineers continue to ensure that every Volvo is as safe as it can be, along the way, Volvo’s became less boxy-looking, more streamlined with much more “curb” appeal to drivers and consumers the world over. And here’s a fact that may have escaped the notice of many: Volvo Cars has been under the ownership of the Zhejiang Geely Holding (Geely Holding) of China since 2010 when they acquired the iconic brand from the Ford Motor Company of the United States.

Now employing more than 25,000 people all over the world, Volvo Cars’ product development, marketing, and administration functions are still mainly located in Gothenburg, Sweden. Volvo Cars head office for China is located in Shanghai while the company’s main car production plants are located in Gothenburg (Sweden), Ghent (Belgium), and Chengdu (China). Engines are manufactured in Skövde (Sweden) and Zhangjiakou (China), and body components in Olofström (Sweden).

Epoch Auto: In the spring of 2016, you took the reins of Volvo Car Canada Ltd.—yet this was not your first time working in the company’s Richmond Hill head office. Tell us how things have changed and what you see for the future of the Volvo marque in this country?

Alexander Lvovich: You’re correct. I originally joined Volvo after several years with Ford in Belarus. I first came to Canada in 2007. With a background in finance, I became a senior management team member and a director of the company. My areas of responsibility were primarily in finance and business leadership with responsibility for strategic business planning, financial planning and reporting, treasury, taxation, internal control, and corporate governance.  From there I joined Volvo in the United States and over the next almost eight years I was able to work with some excellent people who were committed to the brand—even more so after Geely Holding took over. The company regained a clear focus and direction and in a series of strategic moves, established itself as more than a niche player in the world of transportation. In 2015, Volvo sold over half a million vehicles. We have a global goal of 800,000 units by the end of 2020—an aggressive target by any standard, but one which Canada can be a part of going forward.

Having an opportunity to return to where my career with Volvo started meant a great deal to me. The team here is hard-working and understands their role in our global movement, going forward. Canada means a great deal to me: my kids are in fact, Canadian–my son was born in Oakville!

The Brand Retained Its Integrity

Epoch Auto: Volvo’s core value, it seems, has always been built around safety. Today’s Volvos look quite different—more streamlined—almost sexy in their style. Was this a deliberate change?

Mr. Lvovich: Every major manufacturer—regardless of the product—evolves. Volvo is no exception. Today, we are as committed to how a vehicle looks in the same way we have always engineered every vehicle to be safe. Now, Volvos are turning heads—and for the right reasons!  Engineers and designers run this company. Our products continue to evolve, to improve as advances in technology allow. There are no compromises. There is no cutting of corners. Volvo is here for the long term. We like to think that Volvo’s DNA is unique—culturally, that’s quite true. We, as an organization, are committed to the integrity of every product we produce. It’s our name, our marque that’s out there, front and centre.

Consequently, Volvo wants to inspire all our employees regardless of their position. We encourage everyone to show initiative. And take pride in ownership. We want our people to inspire our customers. While this might, by some, be considered a cultural shift it happened naturally. All contributions, no matter how seemingly insignificant, are encouraged. The results, we believe, are in showrooms across the world.

Epoch Auto: What caused this evolution? Was it the change in ownership?

Mr. Lvovich: It truly was a combination of many things. Volvo has been given the freedom to act as an independent company. We’re not publicly traded. We have complete business and financial flexibility along with bottom line responsibility and not just profits, either. It’s all about results. While there were ownership changes, the whole global management team changed, too. Along the way, the fundamental platform for our vehicles changed. However, the brand stayed true to itself and became something special.

Mr. Lvovich: Yes, we created an all-new global unibody platform, called Scalable Product Architecture or SPA for short. It debuted in 2015 when the second-generation Volvo XC90 was released and this platform continues with Volvo’s commitment to passenger safety in providing greater protection when dealing with worse-case accident scenarios.

In addition, we now have a new design division, headed up by the inspiring Thomas Ingenlath.  His solid experience in automotive design in Europe is an integral and valuable contribution towards Volvo designs of the future. Thomas Ingenlath has worked hard with his global design team to ensure that Volvo is on the forefront of engineering and technology as befits a premium luxury brand. That much is obvious to everyone in this organization and this enthusiasm and laser focus on form and fashion benefit our loyal customers and employees regardless of the market.

To be clear, Geely has placed a tremendous amount of faith in this organization and the confirmed promise made by Volvo the world over. Volvo can, and does produce vehicles that can compete and need not take a back seat to anyone. Geely has confidence in the team and the sustained corporate governance of this organization. More than ever, with a new and dynamic board of directors who are in touch, are creative and are the result of successful business backgrounds, there is vigorous leadership. Geely gave Volvo a level of flexibility to perform and sustain the promise without looking back or without compromise. There is a sense of ownership, pride, and accountability. There is a palpable renewed energy.

Epoch Auto: Chinese-built S60 sedans were introduced in the United States. How has that worked out?

Mr. Lvovich: Remarkably well! Customer acceptance has been amazing. Where the vehicle is built does not seem to matter. Volvo customers have an expectation of excellence, of premium quality. Chinese quality control is very much up to Volvo’s exacting standards. So much so that it turns out that the Chinese-manufactured S60 sells better than the European-made model!

Epoch Auto: Will Canadians see Chinese Volvos in the near future?

Mr. Lvovich: Yes, but at this time there is no definitive timetable. Further, with the commitment to being a global brand by more than just lip-service, Volvo has committed to producing the top-of-the-line S90 in Daqing in Heilongjiang province in Northern China and in Western China, a planned 40-series car will be built in a plant under construction in Luqiao, south of Shanghai. And, the latest development is an all-new facility for the production of SPA vehicles currently underway in South Carolina in the United States. These vehicles will be for domestic sale and export.

Epoch Auto: Volvo is investing heavily in the future. The benefits will be huge—especially for consumers.

Mr. Lvovich: Indeed. Consumers and critics are enthusiastic about our new products, too. The Volvo XC90, is our award-winning SUV which continues to win accolades—the Automobile Journalists Association of Canada pronounced it the best SUV/CUV in the over $60k category at the 2016 Canadian Car of the Year Awards; it was also declared the 2016 Canadian Green Car Award winner as the Most Efficient Three-Row Family Vehicle; and, the Volvo S60, S80, XC60, and XC70 were all awarded Best Value in their respective categories by Vincentric. The Volvo car brand was also awarded the Vincentric Best Value Luxury SUVs and Crossovers Brand category. To be clear, the Vincentric Best Value in Canada awards recognize the specific models with lower than expected ownership costs when compared to competitors in their segments.

Let’s not forget about some of our tech innovation around the idea of autonomous driving. Right now, Volvo Cars has semi-autonomous vehicles that make your journey easier and safer, while leaving you fully in control. The S90, V90, and XC90’s Pilot Assist function can actually accelerate, brake, and steer for you, keeping you a set distance from the car in front and in your lane, at speeds up to 130 km/h. To be clear, however, while this capability is available, the driver is always legally responsible for driving and controlling the vehicle. Always. Developments in total autonomous driving are in the works and Volvo is at the forefront.

David Taylor is an independent automotive lifestyle writer, producer and editor based in Barrie, Ontario who is fascinated by innovation and technology which enhance the overall driving experience. He’s also a member of the Automobile Journalists Association of Canada (AJAC). Follow him on Twitter @Omemeeozzie or on Instagram @hugoscaroftheweek.