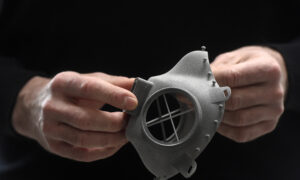 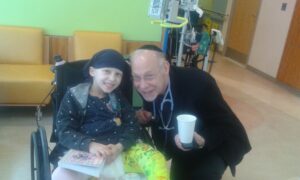 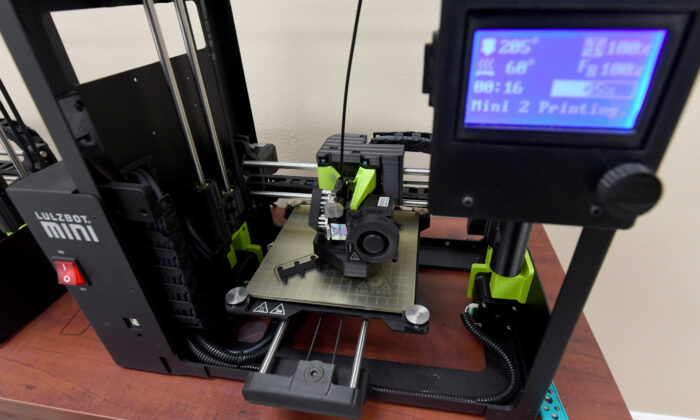 TORONTO—Groups of volunteers across Canada are using 3D printers to produce personal protective equipment (PPE) and other essential supplies at a breakneck speed—an effort some say could have a lasting impact even after the COVID−19 crisis passes.

These “makers” are volunteering their expertise, time, and tools to produce gear used on the front lines of the fight against the pandemic, drawing on open-source designs and creating their own.

Kate Kazlovich, a PhD candidate in biomedical engineering, said she and a group of 3D-printing enthusiasts of varying backgrounds have joined the effort, producing face shields to protect front-line workers, ear guards to make N95 masks more bearable to wear for long periods, and notably, a connector that allows one ventilator to serve two patients.

“What is normally a standard, traditional research project that happens within the hospital walls was taken out and the community was able to contribute,” Kazlovich said.

While the ventilator connector was designed from the ground up, in partnership with the University Health Network as part of an open-source research project, the team has also worked to improve open-source designs that others have created.

“We’re trying to not go crazy on designs,” Kazlovich said. “We do what is necessary and what is asked for.”

For instance, the team reworked the design for a headband that’s used with a face shield, drastically increasing the number they can produce at one time.

Marc Shu-Lutman, an industrial designer on the team, redesigned the band so that they’re printed in a stack, and can be easily detached from one another.

“It’s the same function. It’s the same band. But now, overnight, instead of getting two done, we can do 16,” he said.

After going through testing, the products are used in hospitals, long-term care homes and other front-line facilities, and the designs are posted online for anyone to draw from.

The team has been working remotely to adhere to physical distancing protocols, and has been volunteering their time, sometimes paying out-of-pocket for materials. They’re also accepting donations.

They say that while they understand their limitations, they can’t produce electronic equipment and don’t have a background in medical manufacturing, there are lessons that can be learned from this sort of community creation and carried beyond the current crisis.

“If that community lasts, you can see it being applied to other areas and other industries going forward. Obviously, (the pandemic) gives everybody a single direction at the moment. And that may change, but the next project could be something very, very different,” said James Wallace, another team member.

Mihaela Vlasea, an assistant professor at the University of Waterloo and associate research director at the Multi-Scale Additive Manufacturing Lab, said she also sees this experience shifting the manufacturing process going forward.

“I think that the most interesting outcome of this is going to be a shift from globalization to a more local response to the health care sector needs,” she said.

“We’ve seen that in additive manufacturing where a lot of that supply chain has become really close to the hospital, which was not the case a few months ago. And I also see a lot of the grants and the research and industry sector trying to push for that localized response.”

She said that in the last couple of weeks, they’ve moved beyond communicating directly with hospitals and are now sending the parts they’re manufacturing to companies that can assemble them.

But she notes that there are certain drawbacks to 3D printing, most significantly, an inability to scale projects up because additive manufacturing takes more time than more traditional techniques.

That doesn’t mean there’s no place for 3D printing in the traditional manufacturing landscape, though.

“We see companies coming in to request injection moulds manufactured via additives so that they can actually scale up production using a more traditional manufacturing approach,” she said.

During the pandemic, the federal government has called on companies and organizations that don’t typically make medical supplies to join the cause. But Health Canada has also cautioned that there are certain standards that need to be met.

“While Health Canada supports efforts to increase the availability of PPEs for front−line health workers, organizations should be aware that the manufacture of medical devices sold in Canada have technical considerations to ensure that they are safe, effective and of high quality and must meet certain regulatory standards,” the department said.

This report by The Canadian Press was first published April 26, 2020.