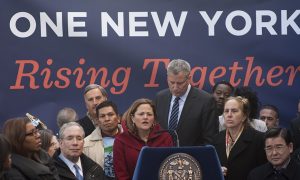 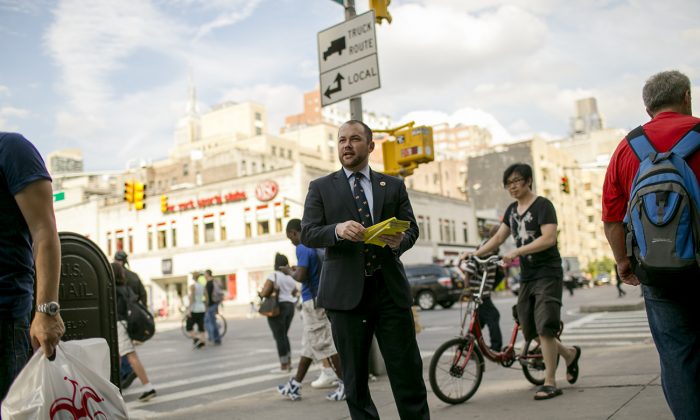 More than 1,400 volunteers fanned out across the city on Wednesday to spread word about the paid sick leave law.

The law went into effect on April 1 and workers can use the first wave of accrued hours on July 30.

The law mandates that employers with five or more employees provide paid sick leave. Workers can accumulate one paid-sick-leave hour per 30 hours worked and use up to 40 hours in a calendar year. Up to 40 unused hours can be carried to the next calendar year.

“I want to thank everyone who is here early in the morning to get the word out to your fellow New Yorkers about the importance of paid sick leave,” de Blasio told the volunteers on Wednesday. “This law finally gives people the rights that so many others have enjoyed: to be able to take that time to get well, not spread the sickness, not share the sickness with your coworkers and your customers.”

The Department of Consumer Affairs, which administers the law, has reached out to over 400,000 small businesses and held more than 150 town hall meetings throughout the five boroughs. The agency is also advertising paid sick leave on buses and subways.

Mayor Bill de Blasio made paid sick leave an early priority in his administration, expanding the law to reach an additional 500,000 New Yorkers for a total of 1 million.