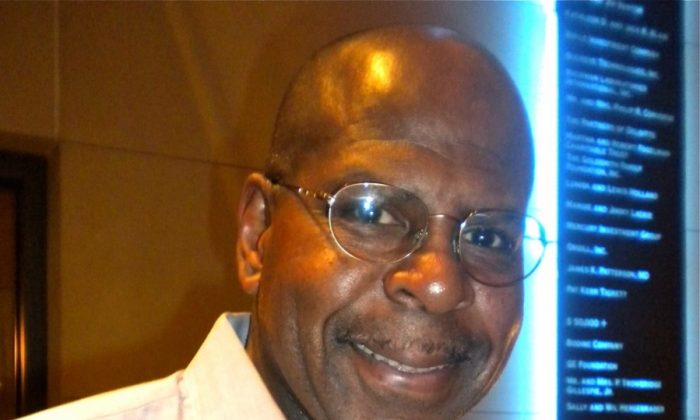 Volunteer of the Year Amazed by Shen Yun

MEMPHIS, Tenn.—Shen Yun Performing Arts, on its all-new 2012 world tour, graced the stage of Cannon Center for the Performing Arts on March 7 for its final performance in Memphis. A.L. Nance, Volunteer of the Year 2012 from Project AWARE, was in the audience.

“I’m enjoying it very much.” Mr. Nance said. “One thing that amazes me is how these guys and ladies remember all these dance routines.”

New York-based Shen Yun is the world’s premier classical Chinese dance and music company. “A performance by Shen Yun is a presentation of traditional Chinese culture as it once was: a study in grace, wisdom, and the virtues distilled from the five millennia of Chinese civilization,” according to Shen Yun’s website. Every year, Shen Yun unveils an entirely new lineup of dances, songs, and musical scores.

Mr. Nance, supervisor for Tennessee Valley Authority and a mentor, was honored as Volunteer of the Year 2012 from Project AWARE. In a collection of letters written from children to mentors in The Commercial Appeal, a young boy wrote of Mr. Nance, “He goes above and beyond his mentoring responsibilities. He taught me things that will help me as I grow into a young man. He is always there when I need him.”

Mr. Nance also enjoyed Shen Yun’s interactive digital backdrops, that transform and expand the stage, and he added that the costumes are “really fantastic.”

Costumes are also an integral part of Shen Yun, they use bright colors to tailor and recreate hundreds of new pieces each season, the hand-made garments span China’s dynasties, regions, and ethnic groups, the company says.

“I enjoyed the show and I think it’s marvelous,” he concluded.

Also in the audience were Kevin Miller, a Kung Fu teacher, and Keisha Lathon, an esthetician.

Ms. Lathon said she enjoyed the performance. “Oh, it’s very good. I like it, it’s different.”

Mr. Miller said, “I like it … It’s exciting to watch the flexibility in the dancers.”

Mr. Miller said the dancers were flexible, resilient in the fluent movements, and skilled in coordination and focus.

Ms. Lathon said the music was “really nice and soothing,” and she particularly enjoyed the dance Lotus Leaves. “I’m a visual person too, so it is real pretty, it’s nice,” she said.

In this dance “delicate yet playful … lotus maidens are at their ease when dancing atop the waters,” according to the program book.