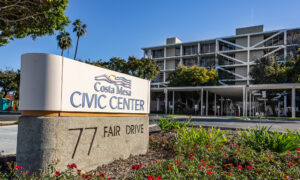 Rumors are circulating online that the Volkswagen XL1 model is banned by the U.S. government because the car is too fuel-efficient.

The car famously gets 261 miles per gallon, which is good because the fuel tank is only able to hold 2.6 gallons.

The car is so nice and smooth that it earned a rave review from car blog Jalopnik, which wrote that “The VW XL1 is built like a supercar, looks like a spacepod, feels like a production model and crosses the Autobahn while using barely 0.004 gallons of fuel every mile. This is what it’s like to drive the future.”

Only 250 vehicles are being made and they’re all being sold in Europe.

The latest version of the claimed conspiracy to prevent super fuel-efficient cars in the U.S. says that the XL1 isn’t allowed here because of the government. Urban Times is one of the websites promoting the theory, along with notorious journalist Jim Stone, who promoted the theory that missing Malaysia Flight MH370 is being held at a small U.S. base.

“You won’t find the 300 MPG Volkswagen XL1 in an American showroom, in fact it has even been denied a tour of America because it is too efficient for the American public to be made widely aware of, and oil profits are too high in America with the status quo in place. No tour has been allowed for this car because the myth that 50 mpg is virtually impossible to obtain from even a stripped down econobox is too profitable to let go of, and when it comes to corporate oil profits, ignorance is bliss,” reads the article.

“The answer is obvious. Simply for the sake of raking in huge profits from $4 a gallon gas, getting guzzled at 10X the rate it should be, the corporations have via campaign contributions and other types of pay outs succeeded in getting the FED to legislate the best cars off the road for irrelevant trumped up reasons.”

Jalopnik says that the real reason Volkswagen doesn’t bring the car over here is because the company “would have to pay to federalize it under American safety standards. And that costs millions upon millions of dollars upfront, when Volkswagen probably won’t make a dime on the XL1 project to begin with.”

Regulations for selling cars are stricter in the U.S., and Volkswagen manufactures the vehicle to meet the European laws. It also manufactures them in Europe, making it more costly to ship over here. They cost so much ($150,000) that the market here would be pretty small.