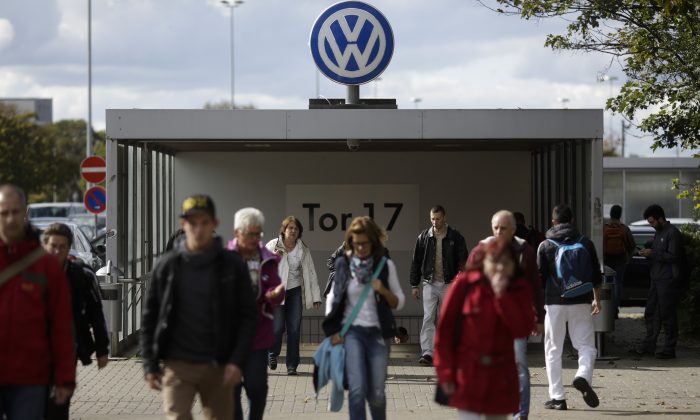 Volkswagen Offers Some Employees Amnesty for Information on Cheating

FRANKFURT, Germany—Volkswagen is telling employees that they can come forward with information about how the company cheated on U.S. emissions tests — and won’t be fired.

In a move to get to the bottom of the scandal more quickly, Volkswagen brand manager Herbert Diess told staff in a letter that the company won’t seek damages or fire employees for what they might reveal.

Workers could be transferred to other duties, however. And the company stresses it cannot get anyone off the hook for ongoing criminal probes.

The offer is valid until Nov. 30 and only applies to workers covered by collective bargaining agreements.

In the letter, made public by the company Thursday, Diess says the offer was being made in the interests of “full and swift clarification” of the scandal, which has seen revelations trickle out over weeks.

Volkswagen is facing fines, expensive recalls and lost sales after U.S. authorities found it had equipped diesel cars with software that turned off emissions controls and pepped up performance when the vehicle was not being tested. Under normal driving conditions, the vehicles exceeded limits for nitrogen oxide, a pollutant that can cause health problems. The company has said there were also “irregularities” in its measurement of emissions of carbon dioxide, a greenhouse gas scientists say contributes to global warming.

Up to 11 million vehicles worldwide have the software that helped cheat on the U.S. emissions tests.

The company is under pressure to speed up its reaction to the scandal. CEO Martin Winterkorn resigned, but his replacement, Matthias Mueller, is a longtime company employee, as is the board chairman, Hans Dieter Poetsch. That has led to questions about whether insiders can clean up the mess.

The company, based in Wolfsburg, Germany, has hired an outside executive to oversee legal compliance, and has brought in U.S. law firm Jones Day to investigate. German prosecutors are also looking into the matter.

Volkswagen’s step is similar to one taken by German industrial firm Siemens AG as it cleaned up a bribery scandal in 2008. A new CEO, Peter Loescher, announced a month-long amnesty explicitly excluding former directors.

According to a study by the London-based Institute of Business Ethics, some forty whistleblowers came forward about the widespread practice of paying bribes through phony consultants to win business, extending the scandal’s reach into previous upper management, according to report authors Graham Dietz and Nicole Gillespie.