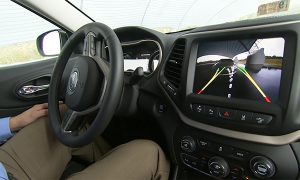 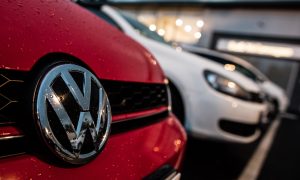 Volkswagen Sales Dip in Europe, but No More Than Competitors
0 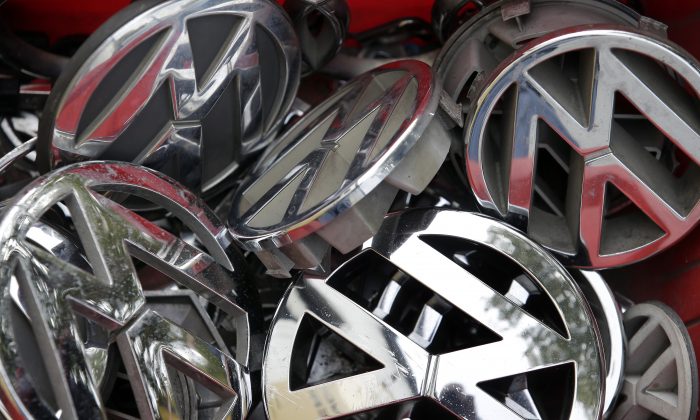 Company logos of the German carmaker Volkswagen sit in a box at a scrap yard in Berlin, Germany, on Sept. 23, 201. (AP Photo/Michael Sohn)
Business

The German automaker reported that November U.S. sales fell almost 25 percent from a year ago. The company blamed the decline on stop-sale orders for diesel-powered vehicles that cheated on pollution tests.

The VW brand sold 23,882 vehicles last month compared with almost 32,000 a year ago. Diesels normally make up around 20 percent of the brand’s sales.

There were some bright spots in VW’s results. Sales of the Tiguan SUV jumped 88 percent from last November, while sales of the all-electric Golf almost tripled to 472 vehicles.

But that couldn’t make up for big sales declines for some of the brand’s best-sellers, including a 60-percent drop in sales of the Passat sedan and a 23-percent drop in Jetta sales.

Car shopping site Edmunds.com said it was the brand’s worst monthly performance since January. Volkswagen sales had been growing since then, as the new Golf arrived in dealerships. But the cheating scandal, announced in September, halted that growth.

Volkswagen AG’s luxury brands—Porsche and Audi—felt less of a sting since they have fewer diesel models. Porsche’s sales were down 5 percent in November, while Audi’s sales were flat.

VW has admitted that 482,000 2-liter diesel vehicles in the U.S. contained software that turned pollution controls on for government tests and off for real-world driving. The government says another 85,000 six-cylinder diesels also had cheating software. VW says the software in the six-cylinder diesels is different and is legal in Europe, but it has halted sales of those vehicles while it explains its case to the government.

Akshay Anand, an analyst with Kelley Blue Book, said Volkswagen likely won’t see its U.S. sales increase until it fixes the affected diesels and introduces new vehicles. The company has submitted plans to fix the cars to the government, but those plans have not yet been publicly released.

“It could be a very challenging December and start to 2016 for the brand,” Anand said.

The U.S. is a relatively small market for Volkswagen AG. The VW brand sold 490,000 vehicles worldwide in October, 5 percent below a year ago. November worldwide sales haven’t yet been released.