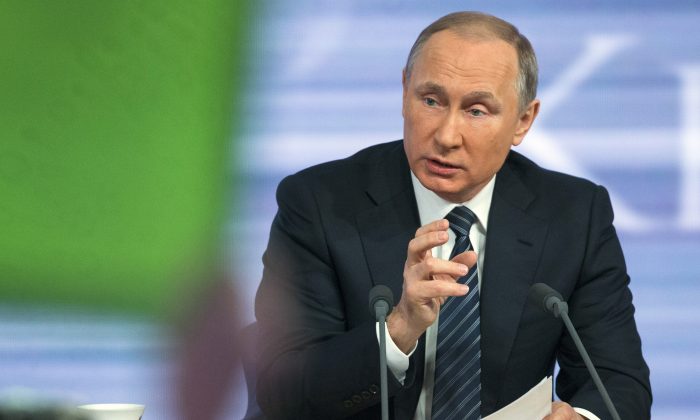 Putin offered praise for Trump this week, saying that he would welcome Trump as president of the United States.

“He’s a very colorful person. Talented, without any doubt. But it’s not our affair to determine his worthiness. That’s up to the United States voters,” Putin said, reported ABC.

“He wants to move to a different level of relations, to more solid, deeper relations with Russia. And how can Russia not welcome that? We welcome that.”

Putin in his annual marathon news conference on December 17 in Moscow added that Russia will work with “whomever the American voters” choose, but singled out Trump.

Putin said after the conference that Trump is the “absolute leader in the presidential race,” reported Interfax.

Trump said in October that he thought he could “get along very well with” Putin despite some differences in opinion. He said in September that he knew Putin “very well” after they both appeared on 60 minutes.

Putin dodged an effort by reporters to get him to criticize Trump.

“As for his internal political issues and his turns of speech which he uses to raise his popularity, I repeat, it’s not our job to judge them,” Putin said.

Trump has not responded to Putin’s comments.