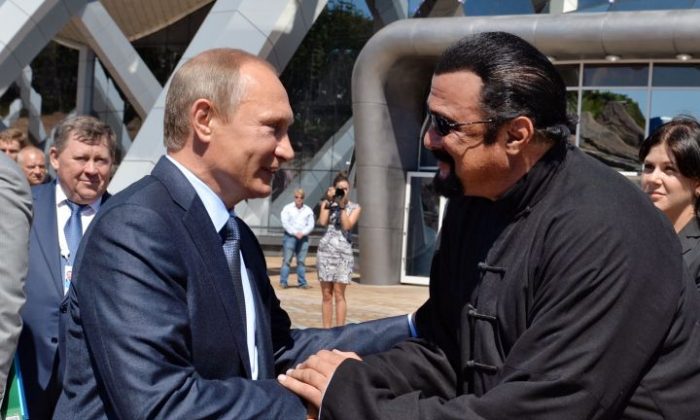 The 64-year-old Seagal has been a regular visitor to Russia in recent years and has accompanied Putin to several martial arts events, as well as vocally defending the Russian leader’s policies and criticizing the U.S. government.

Seagal is the latest in a string of foreign celebrities to be awarded Russian nationality by the Kremlin in recent years. Others include French actor Gerard Depardieu and U.S. boxer Roy Jones Jr.

Putin spokesman Dmitry Peskov told reporters Thursday that Seagal “has been insistent for a long time in asking to be granted Russian citizenship,” adding that “he is known for his warm feelings to our country, he never made a secret of it, and he’s also a well-known actor, which gave grounds to make him a Russian citizen.”

Seagal did not immediately comment, though he has previously offered fulsome praise of Putin in numerous appearances on Russian state media.

Besides his martial arts engagements with Putin, Seagal, who is Buddhist, has been a regular visitor to Buddhist regions of Russia. He also visited Russian ally and neighbor Belarus in August and sampled local vegetables with President Alexander Lukashenko.

Putin Rejects Claims of Russian Interference in US Election