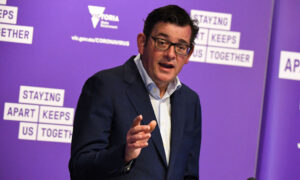 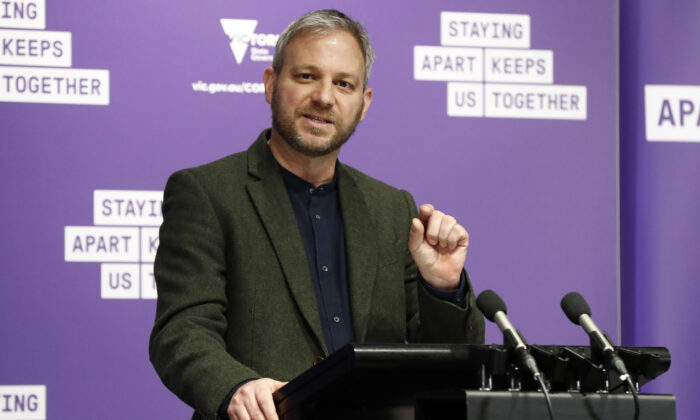 Three people have been infected with COVID-19 in the northern Victorian town of Shepparton, prompting authorities to ask everyone in the area to be tested.

The cases are linked to the Chadstone outbreak.

The new cases were announced late on Oct. 13 by the state’s Commander of Testing Jeroen Weimar and could signal the beginnings of a new cluster in the region.

“We have three active cases that are self-isolating at home and are being monitored by Goulburn Valley Health,” he said in a statement.

“We expect as part of that effort, further cases will be discovered,” Weimar warned.

From Wednesday, testing sites will open at GV Health’s Acute Respiratory Clinic in Shepparton and at the showgrounds, with more expected to be set up as the day progresses.

Health authorities are advising all Shepparton residents get tested and stay at home until they get their results.

Asking why Victorians were subject to a strict lockdown unlike their northern neighbours, Sutton said the circumstances were not the same.

“The differences are really profound,” he said.

“Through this second wave, the 20,000 cases that occurred across Victoria settled into the hardest cohorts and populations across the state.

An opposition no-confidence motion against Premier Daniel Andrews handling of the pandemic failed in parliament on Oct. 13 evening.

As Melbourne’s 14-day rolling new case average rose to 10 on Oct. 13, Andrews reiterated Victoria’s roadmap out of lockdown will likely be revised as he unveils some rule relaxations on Oct. 18.

Of the 12 new cases reported on Oct. 13, seven are being investigated for links to the Box Hill Hospital outbreak, including four from the same household.

A Geelong case is being reviewed and might turn out to be a false positive.

The state’s death toll from the virus is 811 and the national figure 899.

Elsewhere, Nazareth College in Melbourne’s southeast has been cleared to reopen on Oct. 14 after a year 12 student tested positive.