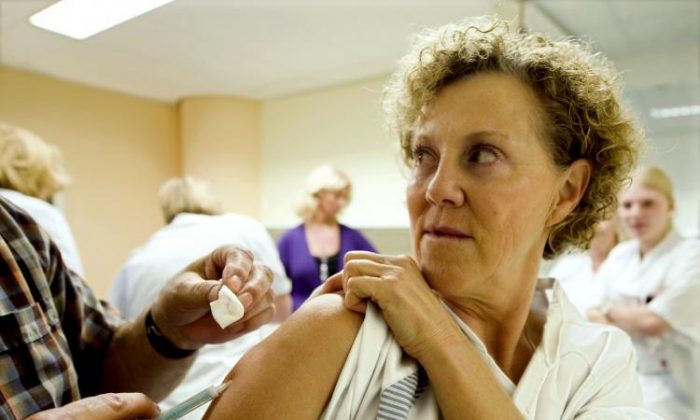 A mysterious virus that acts like the flu has been infecting people but it’s not the flu.

The virus, called adenovirus, causes severe flu-like symptoms but can be even more dangerous than the typical flu virus.

According to the Centers for Disease Control (CDC), adenoviruses are common causes of respiratory illness, but most infections aren’t severe.

However, experts said that this year, the virus seems to be infecting people more severely than usual and alerts are going out to hospitals and doctors.

“Unless you look for it or you suspect it’s circulating or you are using diagnostic testing capabilities that can tell it apart, you are going to miss it, especially during flu season,” Adriana Kajon, an infectious disease specialist at the Lovelace Respiratory Research Institute in Albuquerque, told NBC.

“We are seeing severe adult infections,” she said.

The adenovirus can be prevented by a vaccine, but only the military is currently able to use said vaccine in the United States.

Hey doc, have you encountered this yet here? https://t.co/yMHaegYxhk

There are 52 different strains of the virus, which cause symptoms such as a sore throat, diarrhea, and pink eye.

People with weakened immune systems or infants are especially susceptible to developing an adenovirus severely, according to the CDC.

Common ways to get adenoviruses include close personal contact such as shaking hands, airborne contact such as being near someone who coughs, and touching objects such as touching your mouth or eyes after contact with an infected person.

“This is a vaccine-preventable disease,” she said. “A life is a life. Losing a loved one to viral pneumonia when you know it could have been prevented is hard.”