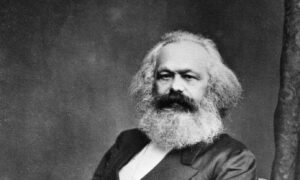 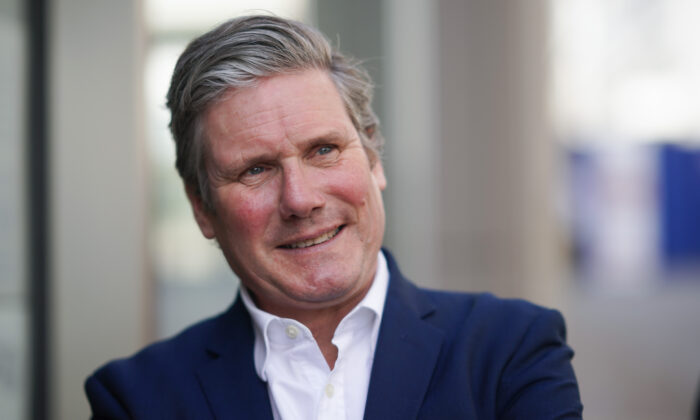 The gods of political correctness are jealous gods: they will not have any other gods before them. Unfortunately for worshippers, however, there is a whole pantheon of them, and their demands may conflict.

That is what the leader of Britain’s opposition Labour Party, Keir Starmer, discovered after he visited the Jesus House for All the Nations church in North London.

The church caters largely, though by no means exclusively, to a Nigerian immigrant population, with a weekly congregation of about 2000. It allowed itself to be used as a vaccination center, and also does charitable work such as the distribution of food for food banks.

Starmer no doubt felt it necessary to visit it, and to be seen to do so, because Nigerians do not easily conceive of themselves as victims, the type who will automatically vote for whichever political party promises them the most subsidies: they are far too vigorous-minded, self-respecting and entrepreneurial for that, and so Starmer could not simply rely on their resentment to assure himself of their votes. He had to persuade them that he was the friend of black people, hence the visit.

Let me declare an interest: I have loved Nigerian churches ever since I discovered the Eternal Sacred Order of the Cherubim and Seraphim in Port Harcourt, Rivers State, Nigeria. The huge congregation arrived in spotless white satin robes with sky-blue markings, a pleasure to the eye; the atmosphere was joyful and I was welcomed with an open-heartedness that I have never forgotten.

It so happened that the Eternal Sacred Order opened a church in a disused school near where I lived in England, and though I am not a believer, very far from it in fact, I was delighted to see the congregation gather there in their robes that brightened the most dismal of English weather. When I think of all the difficulties that Nigerian immigrants must face, from local hostility to change of climate, I well understand the comfort such a church must bring them.

I have since attended similar churches of different denominations and have always been accorded the warmest of welcomes, even after I admitted my lack of belief.

In these churches there is a complete absence of the festering resentment and antagonism that so bedevils race relations elsewhere; and whatever one may think, from an abstract intellectual point of view, of the doctrines, ideas and rituals of these churches, it is difficult to resist the conclusion that they improve human relations and make for good character—though, from the scientific point of view, one cannot tell in which direction the causative relationship, if any, runs. It might be, for example, that persons of sunny and tolerant disposition are attracted to these churches.

But to return to the travails of Keir Starmer. These days, professional politicians are so avid for office, and so much in the public eye, that all their activities must be interpreted politically, from their musical preferences to their diet to their visits to churches and other institutions. And here Starmer’s choice of church to visit proved unfortunate, at least from the dispiriting point of view of political triangulation.

The pastor of the Jesus House for All Nations is a man of Nigerian origin called Agu Irukwu. He came to Britain to study law; before becoming a pastor (which he has been for 30 years), he had a spell as an investment banker.

From the little of him that I have seen on the internet, he seems an intelligent, thoughtful, decent man, though I accept that my impressions of him are not such as to be of any value in a court of law. He undoubtedly does English the honor of speaking it beautifully.

But he has one defect that far outweighs all other possible virtues: he does not believe in homosexual marriage and is publicly against anti-discrimination law which, so he believes, forces him to say that homosexuality is acceptable in the eyes of God, which he does not believe to be the case. As he has been at pains to point out, this is not the same as hating individuals.

Starmer said that, before he visited the church, he did not know the pastor’s views. As soon as he was made aware of them by the now usual means of social media backlash, he took down the video of his visit—revising history, as it were—and issued an abject, even grovelling, apology: “I completely disagree with Jesus House’s belief on LGBT+ rights, which I was not aware of before my visit. I apologize for the hurt my visit caused, and have taken down the video. It was a mistake and I accept that.”

This way of putting it leaves it open whether it was the visit or the video of the visit that was a mistake, and as a lawyer by training and profession, he would understand this ambiguity.

But howsoever Starmer meant his apology to be taken, it is obvious that it was extorted from him by a kind of monomaniacal virtual mob, a mob which believes that no public figure should dare to visit someone whose views differ from its own on the one subject dear to it.

“Falsus in uno, falsus in omnibus” (false in one thing, false in all) used to be a legal dictum applied to witnesses in court who had once told a lie on oath; it is no longer applied in most jurisdictions, but now, in our intolerant age, we hold it true with regard to opinions.

One bad opinion makes a man bad in all other respects, unfrequentable by the decent person in fact. That is why Starmer felt he could not say, ‘I disagree with the pastor on homosexuality, but he is doing good work otherwise.’ He feared for his political life.

No doubt there are people whose opinions put them beyond the pale of decent society, but the pastor was expressing views, certainly about homosexual marriage, that would have been absolutely standard not so very long ago and which large numbers of people probably still hold, at least in their hearts if not in their mouths.

The ultimate object of the monomaniacs is not only to make certain things unsayable, but—because they are never said—unthinkable. As the good totalitarians they are, they want everybody to think alike.