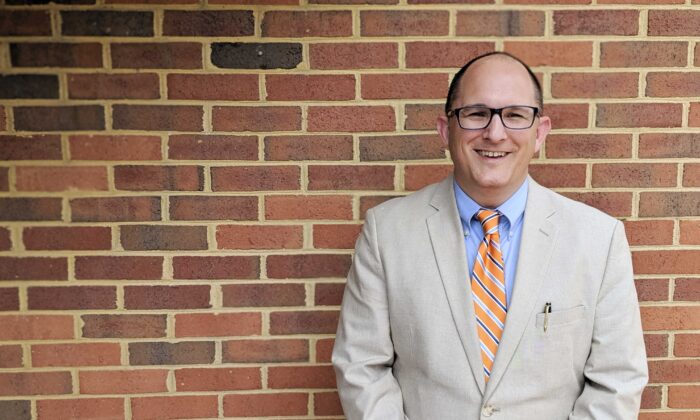 The Supreme Court of Virginia has agreed to consider the wrongful dismissal appeal of a teacher who was fired for refusing to use masculine pronouns for a female high school student.

Peter Vlaming, who taught French at West Point Public Schools in West Point, Virginia, east of Richmond, was ordered by the school board to stop “avoiding the use of male pronouns” to refer to a female student who claims to identify as male.

“Mr. Vlaming’s conscience and religious practice prohibits him from intentionally lying, and he sincerely believes that referring to a female as a male by using an objectively male pronoun is telling a lie,” states the legal complaint that was originally filed in September 2019 in King William County Circuit Court in Virginia, which eventually ruled against him.

Vlaming had been willing to meet the transgender student partway, using the student’s preferred name instead of her given name, and attempted to avoid using any pronouns at all in reference to her, but his lawyers said that didn’t satisfy the school board. His employment was terminated for insubordination when he said he was unable in good conscience to comply.

The case is Vlaming v. West Point School Board. The Supreme Court of Virginia granted the appeal on March 3. The certificate of appeal doesn’t indicate why the court agreed to hear the case.

Vlaming is represented by the Scottsdale, Arizona-based Alliance Defending Freedom, whose attorney lauded the Supreme Court of Virginia’s decision to take the case.

“As a teacher, Peter was passionate about the subject he taught, he was well-liked by his students, and he did his best to accommodate their needs and requests. But Peter could not in good conscience speak messages that he does not believe to be true.

“We’re pleased the Virginia Supreme Court agreed to hear this important case and are hopeful the court will agree the school board violated Peter’s rights under the Virginia Constitution and state law.”

ADF Senior Counsel Tyson Langhofer, director of the ADF Center for Academic Freedom said in a statement: “Peter has every right to fight this unlawful decision by the school board, and we are grateful to have the opportunity to defend him at Virginia’s highest court.

“Peter went above and beyond to treat this student with respect, including using the student’s preferred name and avoiding pronoun usage in the student’s presence. This was never about anything Peter said. It is about a school demanding total conformity in utter disregard of Peter’s efforts and his freedoms under Virginia law.”

The school board apparently believed it had a stronger case under federal law, so it removed the case to federal court, but on Aug. 20, 2021, the U.S. Court of Appeals for the 4th Circuit dismissed its federal appeal.

The board had argued that the federal court system had jurisdiction under the provisions of Title IX of the Education Amendments of 1972, which forbids discrimination on the basis of sex in any federally funded education program or activity. Title IX was enacted to prevent federal funds from being used to discriminate in education programs.

But the 4th Circuit ruled (pdf) that federal law doesn’t provide “a basis for removal here.”

The Epoch Times reached out to West Point Public Schools for comment but had not received a reply as of press time.