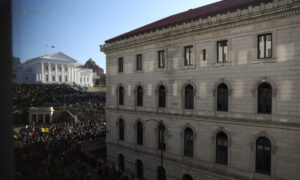 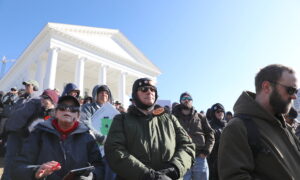 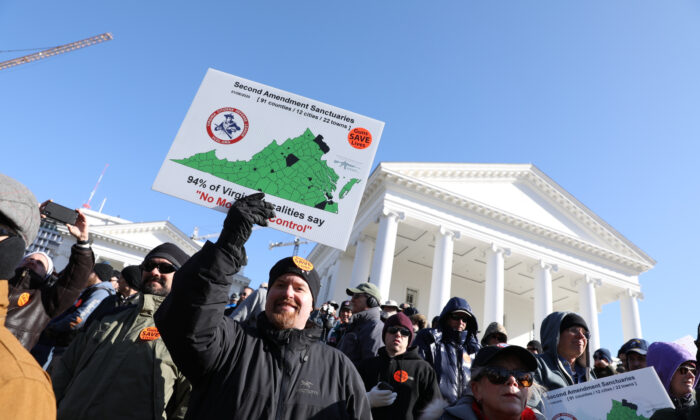 Virginia lawmakers blocked one of Democratic Gov. Ralph Northam’s proposed gun control bills Monday, as the state continues to be the center of a fierce battle in the nation’s gun debate.

The Senate Judiciary Committee voted against Northam’s bill, which would make it a felony to “recklessly leave a loaded, unsecured firearm” in a way that endangers a minor.

Before the bill’s demise, Northam’s spokeswoman, Alena Yarmosky, said, “This bill will keep children safe from loaded, unsecured firearms. Like Gov. Northam’s other commonsense gun safety measures, it is something that everyone—including responsible gun owners—should support.”

Two Democrats—state Sens. Creigh Deeds and Chap Petersen—joined with Republicans to defeat the measure. They cited concerns that law-abiding gun owners would be unfairly punished.

The failed bill is one of eight that Northam has proposed in an effort to reduce gun violence, but which have met with strong opposition from gun-rights activists nationwide.

Senators have hinted that at least one other Northam–backed gun-control bill—a ban on so-called assault weapons like the popular AR-15-syle rifles—may not pass.

Both chambers have passed some of Northam’s proposed gun control measures and will hash out any differences between their respective versions in the coming weeks. Those include limiting handgun purchases to once a month, universal background checks on gun purchases, and a red flag bill that would allow authorities to temporarily take guns away from anyone deemed to be dangerous to themselves or others.

Guns were a key topic of last year’s legislative elections—particularly after a mass shooting in Virginia Beach claimed a dozen lives—and gun-control groups heavily funded Democratic candidates. Democrats won full control of the legislature for the first time in a generation.

Attempts to pass red flag laws in Virginia before Democratic gained control had all ended in Republican–controlled committees before they could advance to full-floor votes, The Associated Press noted.

Democratic Senator John S. Edwards, the chairman of the state House’s Judiciary Committee, told Newsweek, “Democrats think we need to have reasonable restrictions to protect people from gun violence,” he said. “People ran on the fact that we needed to do something. We have constituents who feel we need reasonable bills to protect the public with respect to gun violence.”

However, numerous municipalities and sheriff’s offices across Virginia have declared themselves Second Amendment sanctuaries in light of the push for gun control in the state legislature.

Gun rights activists held a rally on Jan. 20 in Richmond, Virginia. Officials estimated the total number of attendees at 22,000—with about 6,000 who went through Virginia State Police security screening to get into Capitol Square and about 16,000 outside the gates in downtown Richmond.

The number of attendees at the rally and forecast involvement of white supremacists and fringe militia groups increased fears that the state could see a copy of the violence that occurred in 2017 in Charlottesville. In an attempt to deal with potential violence, Northam declared a temporary state of emergency ahead of the rally, restricting weapons from the event on Capitol Square. The event remained peaceful and ended with no major incidences.

Epoch Times reporter Jack Phillips and the Associated Press contributed to this report.