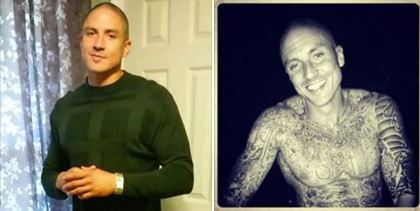 A manhunt is being carried out in Virginia as authorities try to track down a felon wanted for attempted murder and shooting at a police officer.

William Evan Hall, 35, is on the run in Rockbridge County and the sheriff’s office has warned locals to be on the alert.

“This person should be considered armed and dangerous. Please secure your vehicles and the doors and windows of your houses,” the office said.

Hall is a white male standing 6 feet tall and weighing 175 pounds. He has brown eyes and black hair and was last seen wearing blue jeans, a grey hooded sweatshirt, and a grey coat. Police said he may have later changed into tan coveralls.

Hall is believed to be in the Route 501 area just south of Buena Vista.

The sheriff’s office said Hall is wanted for multiple felony warrants, including Attempted Capitol Murder, Use a Firearm in the Commission of a Felony, and Shooting at a Law Enforcement Vehicle.

Local broadcaster WSLS reported that Hall has at least one gun in his possession, and is wanted after shooting at a deputy then fleeing after being stopped at a traffic stop over the weekend.

Hall eluded police and his vehicle was later found abandoned on a dirt road off of Route 501.

ABC13 noted that all schools in Rockbridge County and Buena Vista City have been closed for December 7 because of the manhunt.

If anyone sees anything suspicious, they’re being asked to call 911.