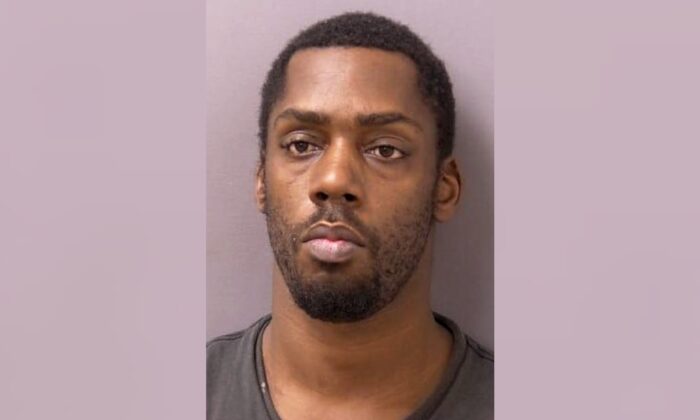 FAIRFAX, Va.—Authorities in Virginia have positively identified the remains of two women they say were killed by a man they believe is a serial killer who used a shopping cart to transport his victims’ bodies after meeting them on dating sites.

Police believe Anthony Robinson, 35, of Washington, D.C., is responsible for the deaths of four women found at two different locations in Virginia.

Police arrested Robinson in November and charged him with two counts of murder after finding two bodies in a vacant lot in Harrisonburg.

Evidence uncovered after Robinson’s arrest led police to search an area near the Moon Inn in Fairfax County.

During the search, detectives noticed a shopping cart and recalled that a cart had been used to transport the bodies in the Harrisonburg cases.

Near the shopping cart was a large plastic container that held the remains of two women.

A possible fifth victim has been identified in the Washington, D.C. area.

The two victims who were found dead in Harrisonburg were previously identified as Tonita Lorice Smith, 39, of Charlottesville, and Allene Elizabeth “Beth” Redmon, 54, of Harrisonburg.

Police say Robinson has lived in multiple locations, including New York and Maryland, in recent years.

Robinson’s attorney did not immediately return a call seeking comment on Saturday. A message was left at his law office.