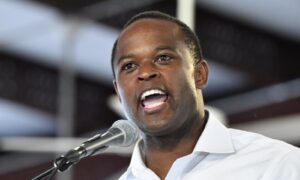 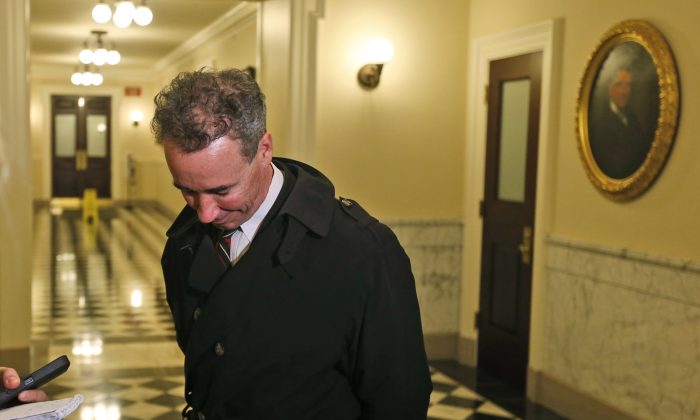 A Virginia lawmaker jailed after being accused of having sex with a minor won his election this week for a state Senate seat.

Joseph Morrissey resigned as a delegate in December after pleading guilty to a misdemeanor of contributing to the delinquency of a minor, avoiding felony charges including possession of child pornography, indecent liberties with a minor, and electronic solicitation of a minor.

Morrissey entered an Alford plea, “acknowledging that prosecutors had enough evidence for a conviction,” reported WSET.

Morrissey won the same delegate back in Jan. 2015, winning the election even though he was still in jail.

But he lost a race for the mayor of Richmond in 2016 and saw his law license get revoked last year.

Morrissey ran for a state Senate seat as a Democrat in this election and won the general election with about 64 percent of the vote. He had run as an Independent in the delegate race against a Democrat and a Republican.

Independent Waylin Ross garnered most of the rest of the votes on Nov. 5. No Republican candidate vied for the seat, which represents District 16.

The minor Morrissey was involved with was a secretary at his law firm. Morrissey wed the woman, Myrna Warren, in 2016, and they have multiple children together.

According to court documents, the pair met at his house in Aug. 2013 about the failure of her father Coleman Pride in making payments into a college fund. Morrissey faced perjury charges, but those were dismissed by a judge who said the plea bargain barred subsequent charges on any actions preceding when the plea was entered into the record.

The dismissal of the charges enabled Morrissey to run for the seat he resigned from.

Morrissey prevailed in the Democratic primary election against Sen. Rosalyn Dance earlier this year by railing against the party, experts said.

“Morrissey thumbed his nose at the establishment and basically suggested to people that he had a lot of empathy,” political analyst Bob Holsworth told the Washington Post. “He localized the election. . . . He suggested that Dance was part of the reason that Petersburg was suffering.”

Dance was supported by Sen Tim Kaine (D-Va.) and other Democratic heavyweights.

Donnie Jackson, 61, a nursing assistant who voted for Morrissey, told the paper she’d seen Morrisey out canvassing, including when he knocked on her door to request her support.

The fact that Morrissey married the girl he was accused of having sex with when she was a minor, Jackson told the paper, helped with her displeasure at the situation.

“The past is in the past. We need the future now,” she said.