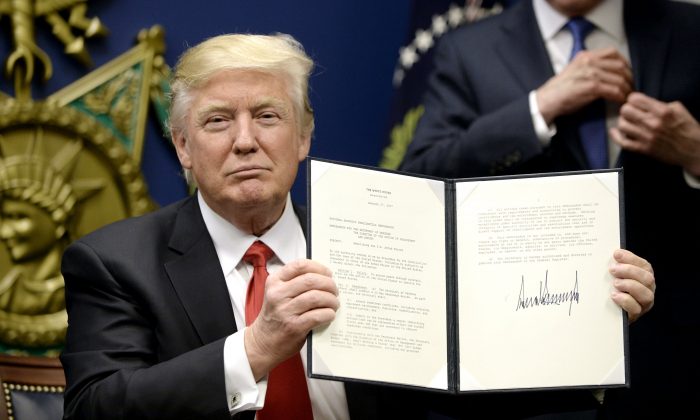 A Virginia federal judge upheld President Donald Trump’s revised travel ban on Friday—differing from prior federal judges who ruled on the ban.

U.S. District Judge Anthony Trenga of the Eastern District Court of Virginia was responding to a case brought by Muslims who said Trump’s order illegally discriminated against Islam because it restricted travel from six Muslim-majority nations. The plaintiffs were the Council on American-Islamic Relations (CAIR) and other Muslim community leaders around the United States.

The ban, he wrote, falls within the executive branch’s authority over foreign policy and national security.

“The President has provided a detailed justification for the Order based on national security needs, and enjoining the operation of [executive order] would interfere with the President’s unique constitutional responsibilities to conduct international relations, provide for the national defense, and secure the nation,” he wrote, according to The Hill.