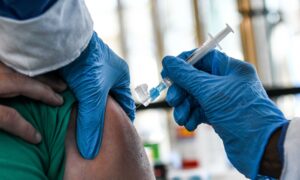 On Monday, The Department of Commerce’s National Telecommunications and Information Administration (NTIA) announced its decision to give $21.5 million to the state of Virginia to expand its broadband Internet infrastructure.

The two grants comprising the $21.5 million allocated come through the Mid-Atlantic Broadband Cooperative (MBC) and the Virginia Tech Foundation Inc.

The first, MBC, which is a $16 million infrastructure grant, will go toward adding 456 miles of fiber to the pre-existing 800 mile high-speed network. The fiber extension is planned to extend high-speed Internet access to 121 K-12 schools in southern Virginia.

Access to a high-speed Internet network will allow these schools to provide students with distance learning and virtual classroom opportunities. Sen. Warner of the commonwealth stated, “This investment will create enormous educational opportunities for young people.”

As one of the creators of the Mid-Atlantic Broadband Cooperative, Warner expressed optimism about the grant’s ability to boost the economy through job creation. “These stimulus dollars are going to create two separate paths for job creation. The first will be through immediate jobs created through the installation of fiber-optic and broadband cables. More important is the economic growth and activity that will come to our rural communities from having the high-speed connectivity,” he stated in a press release.

Access to broadband, Warner suggested, is crucial to developing a thriving job market. “Broadband access doesn’t guarantee that you will attract 21st century jobs, but if you don’t have it, you won’t even be considered,” he wrote.

The second, which is a $5.5 million dollar infrastructure grant, will add 110 miles to the fiber optics network between Blacksburg and Bedford City, Va. This will improve connections for Virginia Tech’s main and medical campuses. The network is predicted to “enhance the ability for both institutions to collaborate on cutting-edge medical and other scientific research with institutions in the United States and abroad.”

The funding for these grants is from the American Recovery and Reinvestment Act, through the NTIA’s Broadband Technology Opportunities Program, which provides broadband development grants to unserved and underserved areas in the nation.