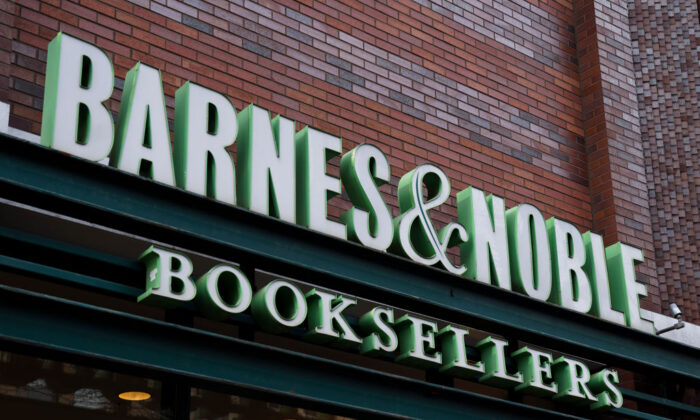 FAIRFAX COUNTY, Va.—A Virginia delegate and congressional candidate have sought to prohibit Barnes and Noble from selling two books—“Gender Queer” and “A Court of Mist and Fury”—directly to minors while a pending lawsuit in the Virginia Beach Circuit Court determines whether these two books meet obscenity standards.

The restraining orders, filed on Wednesday by state delegate Tim Anderson on behalf of Tommy Altman, a Republican candidate for Virginia’s second congressional district, followed Judge Pamela Baskervill’s orders on the same day, asking the publishers or authors of the two books to respond within 21 days to the allegation that the contents are “obscene.”

In the court order, Baskervill wrote that having reviewed Altman’s original petition issue on April 28 and the books in question, the Court found “probable cause to believe” that the two books were “obscene for unrestricted viewing by minors.”

In a Facebook post on Wednesday, Anderson uploaded the court orders and described the ruling as “a major legal victory.” In another Facebook video on Thursday, he showed receipts of purchasing the two books at a Barnes & Noble bookstore in Virginia Beach. “So we got the books there, and there’s no restrictions against purchasing these books,” he said in the video.

In an emailed statement to The Epoch Times, Barnes & Noble public relations wrote: “As booksellers, we carry thousands of books whose subject matter some may find offensive. We live in a diverse society, and that diversity of opinion is reflected in the books we carry on our shelves that cater to the wide range of interests of our customers.”

“We ask that our customers respect our responsibility to offer this breadth of reading materials, and respect also that, while they chose not to purchase many of these themselves, they may be of interest to others,” the statement continued.

In response to Barnes & Noble’s statement, Anderson told The Epoch Times in a written comment: “Mr. Altman is not requesting a ban of selling the books in question. He is requesting they not be sold to minors.”

“If a parent wishes to buy the books and give them to their child, that falls in the same category as a parent allowing a child to watch an R-rated movie,” he added. “We hope Barnes and Noble will do the right thing and identify there are sexually explicit books in its stores in Virginia Beach and take corrective action to restrict those books from sales to minors without further legal action being necessary.”

Anderson and Altman’s legal actions are viewed by some as censorship. A spokesperson of the American Booksellers Association told Bloomberg that he was “deeply concerned” about the potential effect on bookstores adopting self-censorship to survive. “It is a bookseller’s constitutional right to carry and sell books as they see fit, without interference from the government,” he added.

Anderson said he simply wanted age restrictions: “There is no First Amendment right to distribute or sell sexually explicit materials to minors. Placing age restrictions on private companies selling sexually explicit materials happens everywhere in the United States. Minors are not allowed to go into movie theaters with R-rated movies without parent/guardian consent.”

“Gender Queer: A Memoir,” a graphic novel with cartoon-style pictures, tells the story of nonbinary author Maia Kobabe from adolescence to adulthood.

It was the number one title removed from school libraries or classrooms, according to a report by PEN America, a free speech advocacy organization. Over the nine months between July 2021 and March 2022, the book was banned in 30 school districts. The book is also listed as the most challenged book of 2021 by the American Library Association.

The Epoch Times has reached out to the two publishers—Bloomsbury Publishing for “A Court of Mist and Fury” and Lion Forge for “Gender Queer”—for comments.