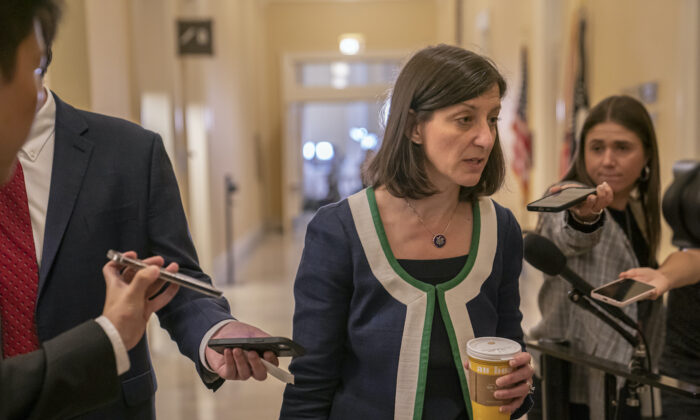 According to the Cook Partisan Voting Index (CPVI), Virginia’s Congressional District 2 (CD 2) is the nation’s ultimate “median” district. By Cook’s rating, 217 of the country’s 435 congressional districts are regarded as more Democratic and 217 as more Republican.

That places Virginia CD 2 firmly among 36 Ballotpedia “battleground” districts and among 22 “tossup” Nov. 8 races across the country for congressional seats now held by Democrats, according to Cook, FiveThirtyEight, and other election analyses services.

That also makes the congressional election in Virginia CD 2, as well as in the commonwealth’s CD 7, among the nation’s two most-watched 2022 midterm bellwether U.S. House races.

While a “median” swing district, CD 2 also has unique features that make it distinct.

For one thing, on Nov. 8 it will be the scene of the nation’s first-ever general election where both U.S. House candidates are women military combat veterans.

For another, the Democratic incumbent has won back-to-back races in the purple district but may have stepped over the line with some GOP voters who had backed her in the past by serving on the House committee investigating the Jan. 6 Capitol breach.

Two-term Rep. Elaine Luria (D-Va.) is a retired Navy commander who served more than two decades as a combat specialist, including during Iraq and Afghanistan war deployments aboard aircraft carriers based in CD 2.

Republican challenger state Sen. Jen Kiggans (R-Virginia Beach) served 10 years in the Navy as a submarine-hunting helicopter pilot during combat deployments also aboard ships based in the district.

Those backgrounds are important to winning CD 2, which spans Williamsburg, Virginia Beach, and parts of Naval Station Norfolk, the world’s largest naval base with 82,000 active-duty sailors stationed within a dense population of military retirees where veterans’ affairs are a paramount issue.

Under new maps that shift Democrat-leaning Newport News, Williamsburg, and Norfolk out of the district and shift parts of Republican-leaning Tidewater areas into it—including all of Isle of Wight County and parts of Southampton County—CD 2 now receives a slightly red CPVI R+3 rating.

With a new slight Republican lean, FiveThirtyEight gives Kiggans a 57 percent chance of winning the election, although the race is otherwise still near-uniformly rated a “tossup” because Luria is a well-funded, tough campaigner who edged favored incumbent Republican Rep. Scott Taylor (R-Va.), a former Navy SEAL, in 2018 and then beat him again by a more convincing margin in a 2020 rematch.

Since then, Luria has accumulated an incumbency advantage among the district’s constituency with a track record of advocating aggressively on behalf of veterans while supporting defense budgets.

It was an honor to participate in the keel laying of the Enterprise, America’s newest aircraft carrier.

Coastal Virginia proudly designs, builds & refuels all of our nation’s aircraft carriers that defend our country and serve as a symbol of America’s strength around the world. pic.twitter.com/TF7ALYduS4

A self-described moderate, Luria sits on the House Veteran’s Affairs panel and serves as vice chair of the House Armed Services Committee, a prestigious position for a still-junior congressional rep, and also sits on the Jan. 6 panel, which she touts in campaign literature, arousing ire among Republicans.

Luria has also accumulated a significant fund-raising advantage over Kiggans. According to her June 30 Federal Elections Commission (FEC) campaign filing, her campaign had raised more than $5.927 million, spent $1.747 million, and had $4.322 million in cash on hand.

Both candidates are strong defense proponents and advocates for veterans, but their platforms then vary down party lines.

Kiggans completed nursing school and became a certified geriatric nurse practitioner after leaving the Navy. She was elected to the state Senate in 2019, representing the chamber’s 7th district, while working full-time as a nurse.

What an AMAZING day on the campaign trail today!! We kicked off door knocking, visited Better Barbers, spent some time at Christian Way Ministries back to school event, and ended with a picnic for our “Parents for Jen” Coalition! I’m honored to know such awesome people in #VA02! pic.twitter.com/EXPcvO1Nk1

She told The Epoch Times in June she’d been campaigning directly against Luria since she decided to run in spring 2021. Her aim, she said, was to make the Nov. 8 election “a referendum on Joe Biden’s and Nancy Pelosi’s disastrous policies.”

“Nowadays, from food to fuel — everything costs more,” Kiggans said in the ad. “But how did we get here? Elaine Luria and Joe Biden have spent trillions of dollars, leaving us with the highest inflation in 40 years.”

“You’d have to be pretty out of touch to praise the economy, but that’s just what Elaine Luria did,” the ad states. “While you’re struggling, Luria is spewing liberal talking points, making excuses for Biden and Pelosi.”

The first ad links the oath she took to the Constitution upon joining the Navy and the second mocks Republican elected officials and conservative media talking heads.

The latest, released on Aug. 4, focuses on abortion access in the wake of the U.S. Supreme Court in late June repealing Roe v Wade and kicking abortion regulation back to the states.

“When millions of women lost their right to choose, Kiggans celebrated, because she wants to make abortion illegal and allow politicians to ban abortion with no exceptions for rape, incest or danger to the life of the mother,” the ad states.

Luria has called the Roe ruling “a rollback of the rights of women in the United States. A woman’s right to choose should be made between a woman, her health care provider, and her faith.”