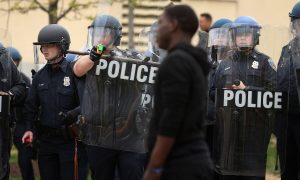 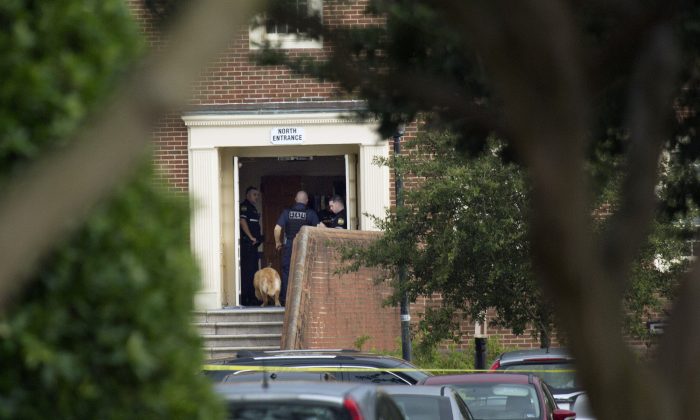 Police work the scene where 11 people were killed during a mass shooting at the Virginia Beach city public works building in Virginia Beach, Va., on May 31, 2019. (L. Todd Spencer/The Virginian-Pilot via AP)
Crime and Incidents

The man who killed 12 people in Virginia Beach on May 31 was identified as DeWayne Craddock, a longtime city employee.

At least four people were wounded in the attack, which took place at Building Two, a municipal building in the city.

Virginia Beach Police Chief James Cervera told reporters at a news conference that the suspect was a longtime public utilities employee, and described him as “disgruntled,” but declined to say more about what may have precipitated the attack.

“We have more questions than we really have answers,” he said about two hours after the shooting. Authorities released the identity on Saturday morning along with the identities of the victims.

A law enforcement official and a Virginia government worker told CNN that Craddock, 40, worked as an engineer. Press releases from recent years list him as someone to contact with questions about road projects.

Craddock’s parents told the broadcaster they didn’t know of any issues he was having with his job.

Craddock, who was killed by police during a firefight after the mass shooting, had no criminal record apart from a traffic infraction in 2013. He served in the Army National Guard after graduating from a high school in Newport News. No pictures of Craddock have been made public.

Neighbors told WAVY that Craddock rarely interacted with them. They also said that he was often awake at odd hours and often left his apartment with a book bag.

“You heard him walking around; he would drop stuff at like 2 a.m., and me and my roommate would try to figure out what he was doing,” said Cassetty Howerin, 23, who lived below Craddock. “In the year I’ve been there, we’ve maybe had three conversations and that’s about it,” she added.

“I never saw him take trash out, never saw him bring groceries in, never saw people coming in or out. He was very to himself,” the neighbor said. Craddock looked like a “jacked guy, he stood maybe 6 foot and he always carried a book bag with him. That’s all I really know,” Howerin added.

The shooting was believed to be the deadliest act of workplace gun violence in the United States since February, when a factory worker shot five colleagues to death in Aurora, Illinois, just after he was let go from his job.

Arriving in town a short time after the shooting, Virginia Governor Ralph Northam said, “This is just a horrific day.”

“Our hearts ache for victims of the senseless violence that has been inflicted on the community,” he told a news conference hours later.

In Washington, a White House spokesman said President Donald Trump had been briefed on the shooting and “continues to monitor the situation.”

Megan Banton, an administrative assistant who works in the building where the shooting happened, said she heard gunshots, called 911, and barricaded herself and about 20 colleagues inside an office, pushing a desk against a door.

“We tried to do everything we could to keep everybody safe,” she said. “We were all just terrified. It felt like it wasn’t real, like we were in a dream. You are just terrified because all you can hear is the gunshots.”

She texted her mom, telling her that there was an active shooter in the building and she and others were waiting for police. “Thank God my baby is OK,” Banton’s mother, Dana Showers, said.

David Benn, a traffic engineer for the city, was inside Building Two when the shooting happened. Cheryl Benn, 65, waited outside a nearby building while he gave a statement to detectives.

She said her husband initially called her from a barricaded room and said it sounded as if someone had been working with a nail gun. Then he saw the bodies. “This is unbelievable for Virginia Beach,” Benn said. “By and large, it’s a pretty calm and peaceful place to live.”