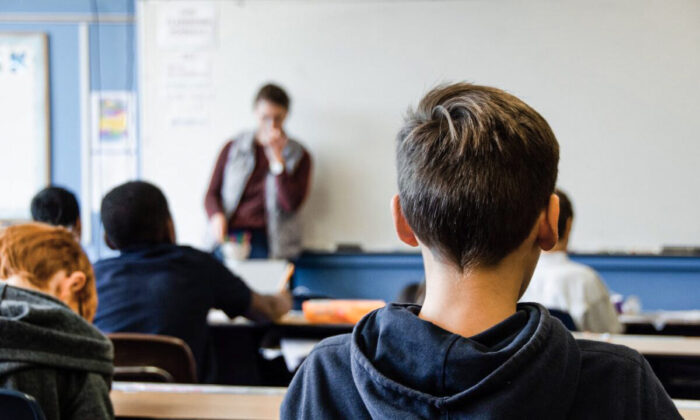 Virginia Attorney General Jason Miyares has sided in a lawsuit with a high school French teacher who was fired for not using male pronouns for a female student.

In a brief filed on May 24, Miyares said the public school district “transgresses Virginia’s longstanding constitutional protections” when it punished a teacher for “refusing to express a belief he does not hold, and that is contrary to his faith.”

The case involved Peter Vlaming, who has been teaching French at West Point High School in King William County, Virginia, since 2012. Near the end of the 2017-2018 school year, a female student at Vlaming’s French class started to identify as male and wished to be referred to with male pronouns.

In an effort to not draw unwanted attention to the girl, Vlaming asked his entire French class to pick new French names and avoided using third-person pronouns to refer to any student during class, according to the complaint (pdf). Whenever the girl was present, Vlaming tried to only address the student using her new masculine-sounding names, including an English name and a French name for French class.

The student’s mother, unsatisfied with the accommodation, demanded that Vlaming “leave his principles and beliefs out of this” and refer to her child as a male. The school administrators also determined that Vlaming’s non-use of pronouns was not enough, and should instead use the student’s preferred pronouns in any and every context.

Vlaming, who holds that “sex is biologically fixed in each person and cannot be changed regardless of a person’s feeling or desires,” both as a religious belief and a scientific fact, rejected the demands. He was placed on leave by the school board in November 2018 and then fired at the end of the year.

In September 2019, Vlaming sued the West Point School Board, which he said violated federal and state laws by compelling him to express ideas that contradict his religious beliefs. The Virginia Supreme Court agreed this March to revisit the case after it was dismissed by the King County Circuit Court.

The Republican attorney general pointed to the Virginia Religious Freedom Restoration Act, which essentially states that the government must demonstrate a “compelling interest” to not accommodate the free exercise of one’s religious beliefs.

In Vlaming’s case, according to Miyares, the school board failed to show that forcing the French teacher to use a student’s preferred pronouns advances any compelling state interest. He further argued that, even if there was indeed a compelling interest, the school board failed to show why it couldn’t be advanced under the compromise the teacher had made.

“Peter wasn’t fired for something he said; he was fired for something he couldn’t say,” said ADF Senior Counsel Chris Schandevel. “As a teacher, Peter was passionate about the subject he taught, he was well-liked by his students, and he did his best to accommodate their needs and requests. But Peter could not in good conscience speak messages that he doesn’t believe to be true.”