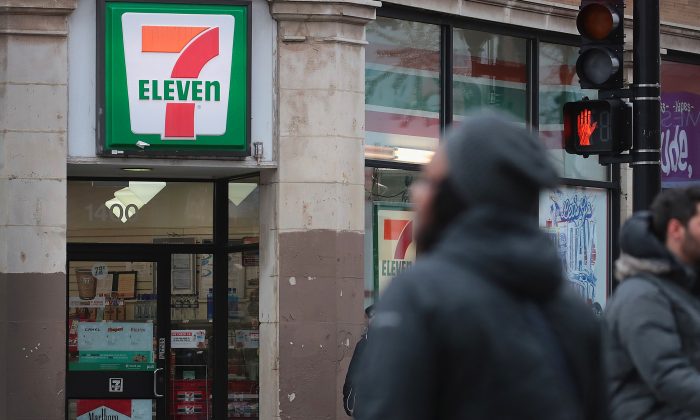 A customer with a concealed carry permit foiled a robbery at a 7-Eleven store in Virginia by shooting two armed suspects, leaving one gravely wounded and the other dead.

The incident took place at around 2:10 a.m. on July 25 at a 7-Eleven convenience store in Virginia Beach, according to police, reported to WTVR.

News 3 spoke with a couple who was in the store at the time of the shooting around 2:28 a.m.​ https://t.co/hsrYsnwQy1

Officers responding to the scene said they found two suspects suffering from gunshot wounds. One suspect was pronounced dead on the scene, WTVR reported, while the other was said to have sustained life-threatening wounds.

“Another citizen, who was already in the store and in possession of a legal weapon, confronted and ultimately shot the suspects,” a Virginia Beach Police spokesperson said, via WTVR.

A third person was taken into custody outside of the 7-Eleven, according to the report.

WTKR-TV posted the story on Facebook, where it sparked numerous reactions.

“Glad SOMEBODY was there to save the lives if those innocent bystanders and employees. This person is a hero in my opinion,” one person wrote.

“Concealed carry once again saved lives. I’m just glad the news is actually reporting on this. God bless the hero that saved the workers and customers’ lives,” someone else wrote.

“These sound like the same thugs that robbed the CVS and they attacked my son who was a customer at the time. Thanks to the brave customer who saved the day,” another commenter said.

According to WTKR, police said the same suspects may be linked to three other 7-Eleven robberies that took place overnight.

“So glad there was an armed person there, should be given an award! If more armed and ready to defend, not nearly as many robberies,” one person wrote.

“Avid 2A supporter and kudos to the guy who stopped the would-be robbers but for me personally, I don’t think I’d take a life for someone robbing a store… that money is insured and can be replaced but again kudos to the citizen with the legal gun.”

“Typical FUDD statement,” someone replied. “Robbers were pointing a gun at an unarmed person and you wouldn’t take them out? Are you a mind reader? Do you think these thugs have any regard for people’s lives?”

The Ocala Star-Banner reported that a total of four suspects allegedly targeted the homeowner’s Marion County residence on Wednesday, July 10, initially seeking to gain entry by pretending to have car trouble and asking for help. The homeowner, identified by WCJB only as a war veteran, said he was unable to help and closed the door.

Deputies cited by Click Orlando said that when investigators arrived on the scene, one of the alleged intruders, identified as 21-year-old Keith Jackson Jr., was dead. He was reportedly wearing a Jason Voorhees mask from the movie “Friday the 13th” and had a semiautomatic pistol with the slide locked back, suggesting a fully spent magazine. The second deceased suspect was identified by WCJB as 22-year-old Nigel Doyle.

They were being held at the Marion County Jail without bond.