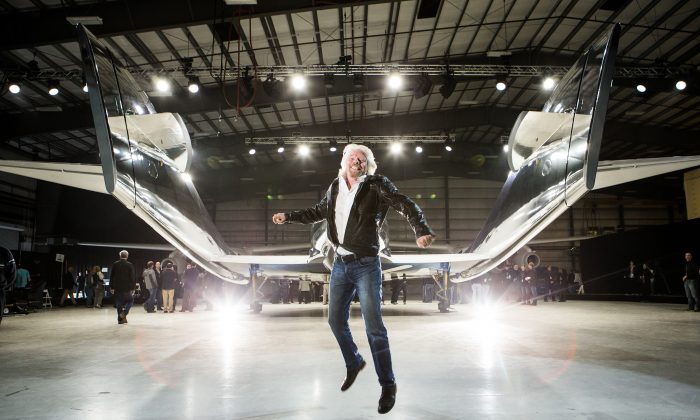 Virgin Galactic Back in the Space Race

Virgin Galactic’s hopes are sky high with the unveiling of their new spacecraft.

Sir Richard Branson’s space project Virgin Galactic is set to amaze the globe after successfully launching the company’s new spaceship, 18 months after fatal crash of its predecessor had left the company grounded.

VSS Unity was revealed on Feb. 19 at the company’s headquarters at Mojave Air Space Port, in the Mojave desert. It’s a replica of its forerunner, the VSS Voyage, also a SpaceShipTwo-class suborbital rocket-powered manned spaceplane.

The first SpaceShipTwo plane fell apart in mid-air during its forth test flight on Oct. 31, 2014, killing the co-pilot, and leaving the pilot injured after a 10-mile fall back to Earth, invoking a nine-month investigation by the National Transportation Safety Board.

The investigation eventually revealed the failure was caused by the co-pilot releasing the lever to the feathering system too early. The team is now back on track, led by Chief Pilot Dave Mackay.

Professor Stephen Hawking named the new spacecraft “VSS Unity” via a recorded speech and said, “I would be very proud to fly on this spaceship.”

The ceremony also included video congratulations from Nobel Peace Prize winner Malala Yousafzai, who emphasized the role of women on the project.

“Together, we can make space accessible in a way that has only been dreamt of before now, and by doing so can bring positive change to life on Earth,” said Branson in a press release for the unveiling.

Our beautiful new spaceship, VSS Unity, is the embodiment of that goal and will provide us with an unprecedented body of experience which will in turn lay the foundations for Virgin Galactic’s future,” he continued.

Virgin Galactic was set up by Branson in 2004 with a company Scaled Composite, created by Burt Rutan, the renowned aerospace engineer and builder of SpaceShipOne—the first privately constructed and owned spacecraft to reach space.