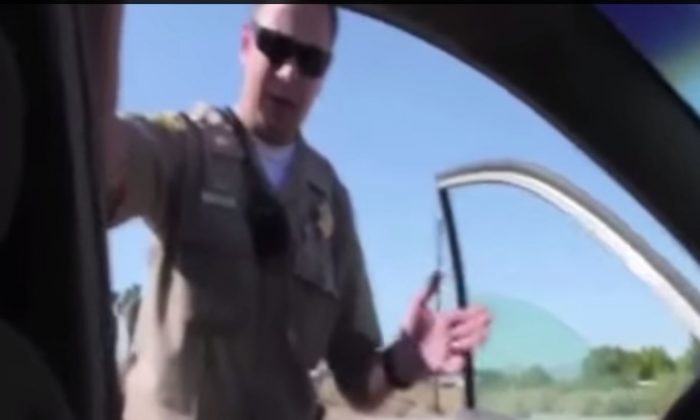 Viral Video: Woman Yells While Being Arrested, Says She Doesn’t Have to Follow US Laws

This police officer might be the most patient cop you’ll ever see.

She then says, during the arrest, “this is completely illegal!”

As he arrests her, she totally freaks out. “You need to calm down… calm down,” he says several times.

It’s unclear why he pulled her over. It’s also unclear where this incident took place.