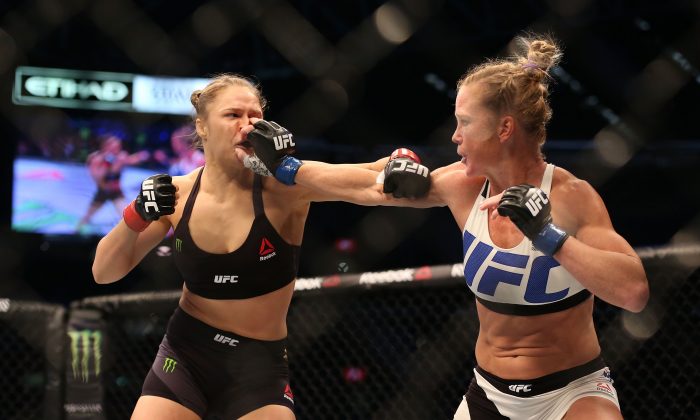 Ronda Rousey was defeated for the first time ever on November 14 at the hands of Holly Holm.

Holm was emotional after the shocking win.

#RhondaRousey gets her first defeat at the hands of a world champion boxer,massive credit to #hollyholm for the win pic.twitter.com/oZIYmfUD6B

“I have to say that everything that we worked on presented itself in the fight. Every kind of grab that she tried to get and clinch on the cage. I have not spent this much time in the gym before any fight in my life,” the 34-year-old said after the fight.

Rousey has not commented on the loss. The 28-year-old was taken to a hospital after exiting the Octagon following the referee’s stoppage of the fight.

A head kick from Holm was the fatal blow that felled Rousey, followed by a few strikes on the ground.

Sports books were “crushed” by the unexpected result.

“The results around town were not good,” Jay Kornegay, vice president of the Westgate Las Vegas Superbook, told USA Today.

“Most books got crushed as typical underdog betting was popular.”