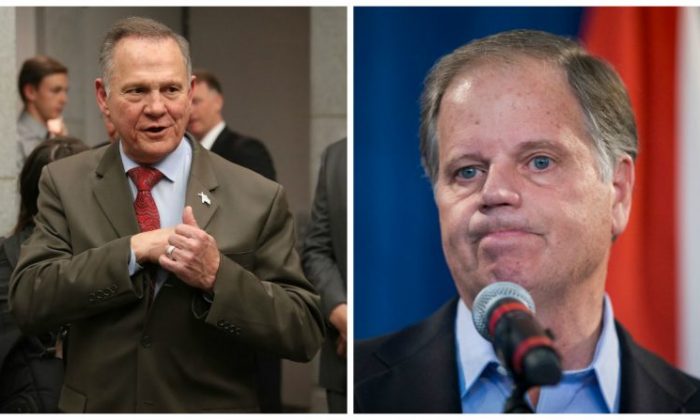 The Alabama Secretary of State has launched an investigation into voter fraud in the Alabama Senate special election after seeing a viral video of a Democratic Doug Jones supporter seemingly admitting that people from all over the country came to vote for Jones.

In the video, a Fox 10 journalist reporting live asked a jubilant Doug Jones supporter at an election night party why he is excited to see his candidate win.

“Because, we came here all the way from different parts of the country as part of our fellowship, and all of us pitched in to vote and canvas together, and we got our boy elected!” the man responds.

Only U.S. citizens living in Alabama and registered to vote could legally vote in the Alabama Senate election, raising concerns that people may have voted illegally in the contentious election.

Based on unofficial results, Jones beat Republican Roy Moore by 1.5 points, 49.9 percent to 48.4 percent. The results become official after Merill certifies the election, which is expected to happen during the week after Christmas.

Alabama Secretary of State John Merrill is currently attempting to find the man who was interviewed and ask him about what he meant by his response.

“Well, it’s very disconcerting when someone who’s not from Alabama says that they participated in our election, so now it’s incumbent upon us to try to identify this young man, to see what kind of role he played, if it was to simply play a canvassing roll, or if he was part of a process that went out and tried to register voters, or if he himself actually became a registered voter,” Merill told Fox 10.

Merill noted that there is yet no concrete evidence that voter fraud took place.

“We don’t have any evidence of people doing that, our numbers do not indicate that has happened, but when you have someone actually recorded on television saying that they voted, and that’s what he said, then we’ve got to get to the bottom of that,” said Merrill.

Alabama has some of the most stringent voting laws in the United States. Every voter is required to show a government-issued photo ID in order to cast a vote.

Nearly 700 people may have voted illegally in the Republican primary in the same race, according to Huffington Post. Merill considered charging the violators with the maximum penalty, a fine of $10,000 and 10 years in prison, but later dismissed the charges.

The 674 suspects broke a new Alabama law which prohibits voters from casting ballots for primaries for more than one party. Upon further investigation, 140 cases were confirmed, while the rest were ruled out as errors. Merill said charges could not be pressed because probate judges would not recommend a single case to prosecutors.

Election Integrity Commission was created in May this year. Trump appeared in person before the first meeting. The commission last met in September and will not meet again until after the winter holidays. In its hearings, a database of over 1,088 instances of voter fraud was presented, with 949 of the instanced leading to criminal convictions.

Despite strict voting laws, Alabama had 14 cases of voter fraud since 2000 with all but one leading to criminal convictions.