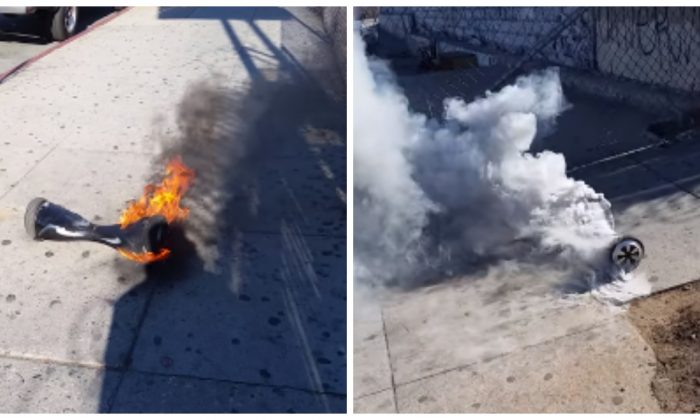 Viral Video: Man Films as His Hoverboard Bursts Into Flames

A number of airlines have banned the devices and government agencies in the U.S. and U.K.–among other countries–have been investigating the hoverboards, with United Kingdom authorities even seizing thousands of ones found defective.

Hoverboards can explode at any moment, it seems, as evident in a video a Los Angeles man captured of his own hoverboard bursting into flames. Warning: Video contains profane language.

YouTube user Delvon Simmons says he charged his board to take it out for a ride, and “within five minutes this happened.”

“$600 down the drain people be careful, they slipping cheap batteries in the boards to meet the demand,” he added.

“”I bought it on aliexpress about 5 months ago. I started smoking then locked up and threw me off the rest is history.”