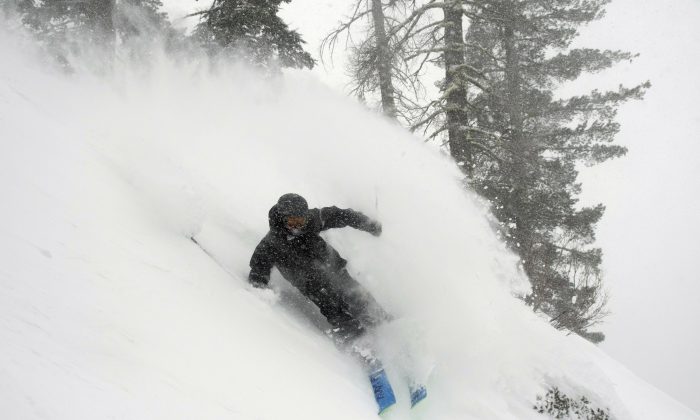 Viral Video: Amish Man Skiing Behind a Horse and Buggy

An awesome video has gone viral for all the right reasons.

Barstool Sports tweeted out a video Tuesday afternoon of an Amish man shredding it up on some skis as he was being pulled by a horse and buggy.

Yes, an Amish man was shredding up some fresh powder while being pulled by a horse. Give the video a watch below. I think you’ll find it just as entertaining as I did.

ENJOYING THE SNOW! A driver in Minnesota spotted an Amish man skiing behind his horse drawn buggy.

YOU DON’T SEE THIS EVERY DAY! pic.twitter.com/CyrfBpicP6

You simply don’t know what great comedy is if you didn’t laugh at that video. Imagine just driving down the road, looking to your right and seeing a man carving it up like it’s the X Games.

I’m so envious of that dude right now. He’s out there having the time of his life, and most other people are just complaining about the snow.

It’s another great reminder to always make the best of your situation. If you’ve got access to a horse and some skis, then you have to use them. Those are the rules, and this guy did just that.