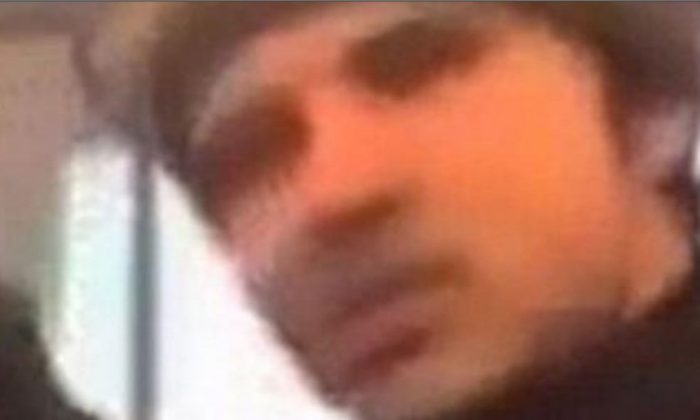 A video reportedly shows an Afghan migrant riding a bus in Sweden and threatening violence if he’s deported from the country.

The footage shows the man going on an anti-Sweden rant before threatening to kill 10 people, claiming it’s “important to take the lives of others.”

The clip has since gone viral, with several publications picking it up this week.

The clip was uploaded on Vimeo by user Roger Wilcoanout, showing the young Afghan man arguing with an older Swedish man about wars in the Middle East.

The young man claims to have lived in Sweden for 10 years, adding that if he was deported from the country, he’d kill one person for each year he had been there.

The video begins with the older man asking why he’s so angry.

He was mad “at this dirty paper system,” the younger man replied, giving his age as 23. “Every time I go to hospital I have to write papers.”

Afghan migrant threatens to kill people and ‘eat humans’ during a row on a Swedish bus https://t.co/Yy7kgiULDf #DailyMail

The older man then asks him why he came to Sweden if he doesn’t like the country.

“Why are there soldiers in my country killing our children?” he asks the old man. “Tooth for a tooth, eye for an eye. Don’t you get it?”

He later says, “Now all your soldiers are out. The Taliban and Muhajedin are back. Allahu Akbar is back.”

At one point, a passenger is heard laughing at the man’s tirade.

“Because you take our lives in Afghanistan. You have taken the lives of all of Africa. Don’t you get it?” he says at one point.

The older man says: “Sweden has not been much in Afghanistan.”

“Who is it that collaborate with Americans? Who collaborates with the European Union?” he asks. “It’s you!”

He then praises Somalia for “packing our boats,” and then he makes reference to “Jews.” Later, he states, “The state drug is alcohol, and it makes people violent. Not hashish, because it makes people quiet as a mouse.”

But then, he says that he won’t leave Sweden.

“You will never throw us out, never,” he says. “I have wasted 10 years of my life here. If you throw me out I will kill 10 of you then I go. It is important to take the lives of others.”

He later claims that “I’ve grown tired. I am 23 years old and have vengence here do you get that?”

And in a bizarre twist, he adds: “It means that I can eat humans right now.”

The video is believed to have been recorded in 2014 in Gothenburg.